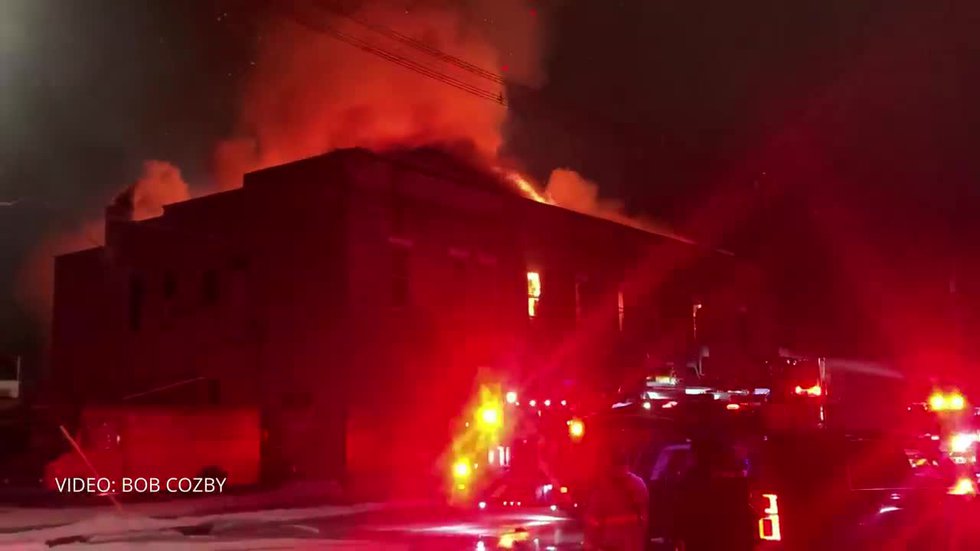 FOX VALLEY, Wis. (WBAY) — An alarming number of people have died in residential fires across the state this year. That’s according to the Wisconsin Association of Fire Inspectors.

Thirty-three people have died in residential fires in Wisconsin so far this year, including a massive fire in Sturgeon Bay and a small house fire in Gillett. It is a number that sounds the alarm for those who work in the fire service.

“Last year, over the whole 12 months, we had 40 in total. We’re almost up to last year and we’re not even halfway through the year. That’s really a big deal,” says Adam Dorn, assistant fire chief with Neenah-Menasha Fire Rescue.

And, in all of those fires, according to Dorn, there were no working smoke detectors.

The Wisconsin Association of Fire Inspectors is currently working to educate people on the importance of smoke detectors on every level of your home and in every sleeping area as well. Dorn says: “Wherever you are, whether it’s in your own house – whether it’s at someone else’s house or staying with someone for the night – it might seem silly to go and check and make sure that their smoke detectors are working.”

Firefighters are not only stressing the importance of having working smoke detectors, but they are also asking people to consider the impact a residential sprinkler system could have in the event of a fire. “Sprinklers are our best friends, and when I say our best friends, I don’t just mean firefighters. In fact, they do so much for everyone,” adds Dorn.

Not only do sprinklers help slow or stop the spread of fire, they make the structure safer for those responding, while giving those people inside time to get out. “Most fires are either contained or extinguished by one or two sprinkler heads,” says Dorn.

In all new multi-family housing construction, such as apartment buildings, residential sprinkler systems are now required by law. Asst. According to Chief Dorn, because of their effectiveness, people building new homes should also consider including a sprinkler system in the construction. While this may be an upfront cost, it could prove invaluable should the unthinkable happen.

He adds, “It not only saves you as the owner the cost of rebuilding, but it also saves our communities the time and effort of public safety employees who have to get this stuff out. .”

33 people have died in fires so far this year, compared to 40 all of last year – and the 33 deaths have one thing in common