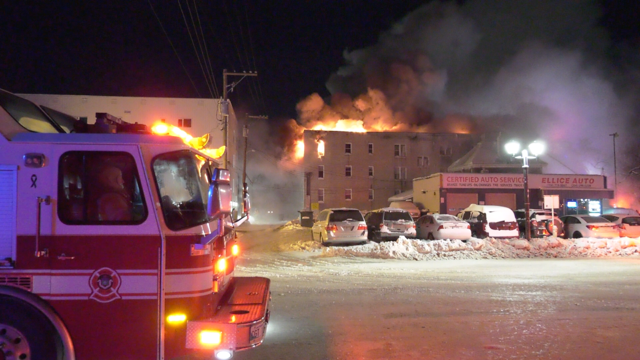 A large fire broke out in a three-story apartment complex in the 400 block of Sherbrooke Street at 8:18 p.m. Friday night.

The Winnipeg Fire Paramedic Service (WFPS) said when crews arrived at the scene they encountered smoke and flames coming from the building.

They launched an offensive attack, but due to deteriorating conditions, the crews were forced to leave the building and move on to a defensive attack.

â€œThe extreme cold has created difficult conditions for fighting fires with water, trucks and equipment freezing quickly. The whole area around the stage is covered in ice and slippery, â€WFPS said in the statement.

Paramedics have assessed several evacuees, but no one has been hospitalized and no injuries have been reported yet.

The City of Winnipeg Social Services were called in to help the displaced people find temporary accommodation.

Operations at the scene are still ongoing and WFPS expects crews to remain at the scene for most of Saturday.

â€œOnce crews have completed their work at the scene and the roads reopen, drivers and pedestrians are urged to exercise caution in the area as the water used to fight the fire has created conditions. slippery, â€the statement said.

The City will monitor conditions and apply sand and ice control agents to roads and sidewalks to improve traction.

The fire is still under investigation and no damage estimate is available at this time. However, WFPS says the building should be a complete loss.

At 10:43 p.m. on Friday, the WFPS responded to reports of a fire in a two-story commercial building in the 400 block of Logan Avenue.

WFPS said in a statement when there, crews found smoke in the building and launched an offensive attack, and the blaze was declared under control at 11:09 p.m.

Fire crews searched the building and no occupants were found, and no injuries were reported.

The fire is still under investigation and no damage estimate is available at this time.