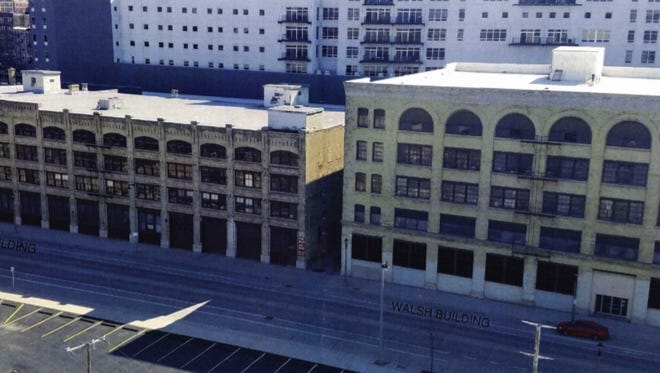 Walker’s Point warehouses will be converted into 182 apartments

Known as the Lindsay Brothers and Walsh buildings, the development site is located at 126 and 160 S. Second St.

Chicago-based BK Development LLC plans to complete the purchase of the buildings and begin renovations this spring.

The first units should be available in early 2024, developers Ayman Khalil and Steve Blonsky said.

The developers said the site is already zoned for residential use and their project plans do not need to be reviewed by the Planning Commission and Common Council.

The renovations will include a partial sixth floor added to the Walsh building, Khalil and Blonsky told the Journal Sentinel.

It will include tenant amenities such as a fitness center, club room and rooftop terrace, they said.

In addition, an addition will be built to connect the two buildings.

Most apartments will be one-bedroom units with dens, averaging around 1,100 square feet, Khalil and Bronsky said.

The development will include underground parking as well as surface parking across South Second Street.

Khalil and Bronsky said an estimate of the total cost of the project is not yet available. They are asking for historic preservation tax credits from the state and federal government to help fund development.

The Lindsay Brothers Building was built in 1892 in the Romanesque Revival style, according to the Wisconsin Historical Society.

The Walsh building, which has the same style of design, was built in 1899, depending on the company.

More recently, the buildings have been used primarily for storage and have manufacturer-type businesses as tenants, Khalil and Bronsky said.

Engberg Anderson Architects is the project architect and Catalyst Construction is the general contractor, according to building permit applications.

This is the second time a development plan has surfaced for the buildings in recent years.

In 2019, owner Brian Jost sought city approval to convert the two buildings, along with a neighboring building at 118-122 S. Second St., into an event venue.

The buildings would have had event space totaling 340,000 square feet.

Jost planned to invest $500,000 in creating a venue in the buildings, according to plans filed with the Board of Zoning Appeals.

The converted space would have hosted weddings, business meetings, fundraisers and other events, according to the proposal.