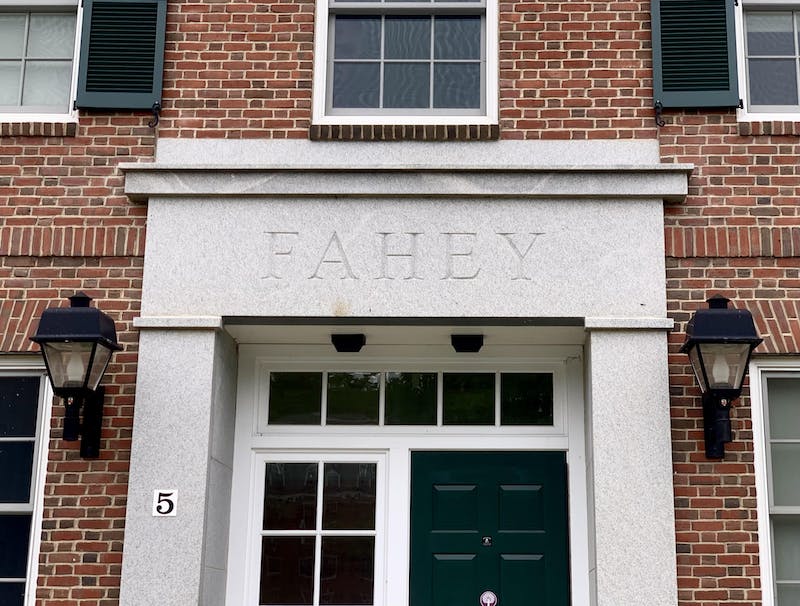 Upside down, the College turns on the air conditioning in some residential buildings

Air conditioning was activated in the Fahey, McLane, Andres and McCulloch rooms; The Alpha Phi and Kappa Delta sororities and the Chi Heorot fraternity.

by Caitlin McCarthy | 38 minutes ago

Fahey and McLane Halls are two of the residences where the air conditioning was turned on in late spring.

As students continue to live on campus and take classes this summer, the College has chosen to turn on air conditioning in residential buildings which have the ability to reverse the policy announced in May.

Ahead of the summer term, the online housing portal informed students that, given that “so few residences available for summer use have the option of air conditioning, the College has decided to err on the side of consistency and to ensure that all buildings are not air-conditioned â€.

Associate Vice President of Facilities, Operations and Management Frank Roberts wrote in an emailed statement that by the end of the spring term, central air conditioning had been turned on in the buildings where the students live. and that air conditioning was available: Fahey, McLane, Andres and McCulloch Halls; The Alpha Phi and Kappa Delta sororities and the Chi Heorot fraternity.

As to why the previously stated air conditioning policy was changed, Roberts wrote that â€œ[o]t over the years, the heat waves have intensified and the expectations in terms of living space have changed. Therefore, we have adjusted our practice.

In 2018, The Dartmouth reported that air conditioning was not offered to students in dormitories on campus during the summer term due to equity concerns, and that only A Phi, KD and Triangle House had air conditioning. That same summer, camp beds have been installed in the Sarner metro to accommodate students at night during heat waves.

The Office of Residential Life website states that air conditioners “are not suitable for use in student rooms.” However, according to the website, private Greek organizations and society houses for the elderly are free to set their own policies. Roberts wrote that students living in halls of residence or in Greek houses owned by the university “may have personal air conditioners if they have been granted accommodation.”

This summer, “[t]here there has been no surge in “demands for air conditioners as medical accommodation,” he added.

Eli Hecht ’23 said that when he moved into his room at Fahey Hall he assumed there would be no air conditioning after the College’s previous announcement, but was pleasantly surprised.

When moving in, “there was just a piece of paper in the doorway … that said, ‘Keep your windows closed, the air conditioning is on,'” Hecht said.

Hecht added that he was always happy to have a fan to use in his dormitory, but that he was “grateful” for the air conditioning “on the hottest days”.

However, not all dorms are fully air conditioned. Roberts wrote that during the heatwaves of the past few weeks, “some students have expressed unhappiness that not all of our facilities are air conditioned,” but did not provide an exact number of complaints.

â€œA lot of times we joked about sleeping in there,â€ Tran said.

Ananya Vaidya ’23, who lives in Topliff Hall, a building with no air conditioning, said that on days when the heat was “very bad” she would go to guest rooms in air-conditioned buildings to cool off.

Hecht said a friend from another dorm slept on his bedroom floor one night because of the heat.

Tran said she was able to get a free fan from college and spent more time in the air-conditioned library now that it’s open more regularly.

Vaidya said last week her UGA informed her floor that there would be fans downstairs provided by the school for students to bring to their rooms. Roberts confirmed that aftermarket fans are being distributed in Lord, Mid Massachusetts, New Hampshire, South Massachusetts, Streeter and Topliff rooms.

Since then, Vaidya said she had not heard “too many people complaining” about the heat in her dormitory.