The University of Prince Edward Island (UPEI) denies allegations made in a civil action brought by a construction group alleging that unpaid amounts are owed as a result of work carried out to build the Canadian Center on Climate Change and Adaptation in St. Peter’s Bay. 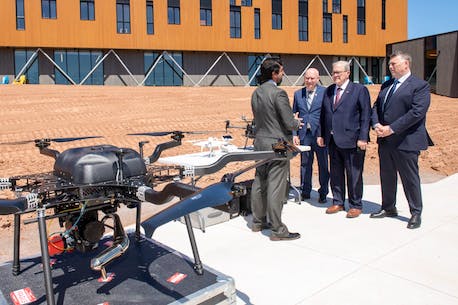 In a defense filed June 1 in the Supreme Court of Prince Edward Island, the university says the contract with the plaintiff – Bird Construction Group – was for $11.8 million plus HST, for a total of $13.57 million. UPEI says it paid the construction group a total of just under $14 million ($13,994,928.38) for services related to the center project. The parties entered into a fixed-price contract on June 1, 2020, and the project “was substantially completed” on January 31, 2022, UPEI further states in the court document. The center officially opened in May.

In a statement filed May 12, Bird Construction Group, which is an extra-provincial limited partnership with an office in Bedford, Nova Scotia, says it was hired to perform pre-construction and construction management services for the center project. UPEI allegedly breached the contract and an outstanding amount of $3.4 million ($3,445,332) is owed, according to the construction group.

In addition to the unpaid amount, the class is seeking prejudgment and postjudgment interest, costs of the lawsuit and any other relief the court deems appropriate.

In order to recover this amount, the construction group filed a lien claim under the Mechanics’ Lien Act in February against the St. Peter’s Bay property.

Other issues raised by the university include that the construction group would not have been able to effectively manage the project or employ qualified personnel to effectively manage the project and perform the contract. The construction group also allegedly failed to keep the project site and property “clean and tidy”. As a result, UPEI claims it was required to “rectify, repair and complete defective and/or incomplete work” and suffered losses and increased costs.

UPEI asks the court to dismiss the plaintiff’s claim and award costs to the university.

The statement and defense contain allegations that have not yet been tested or proven in court.

Terrence McEachern is a forensic reporter at the SaltWire Network in Charlottetown.