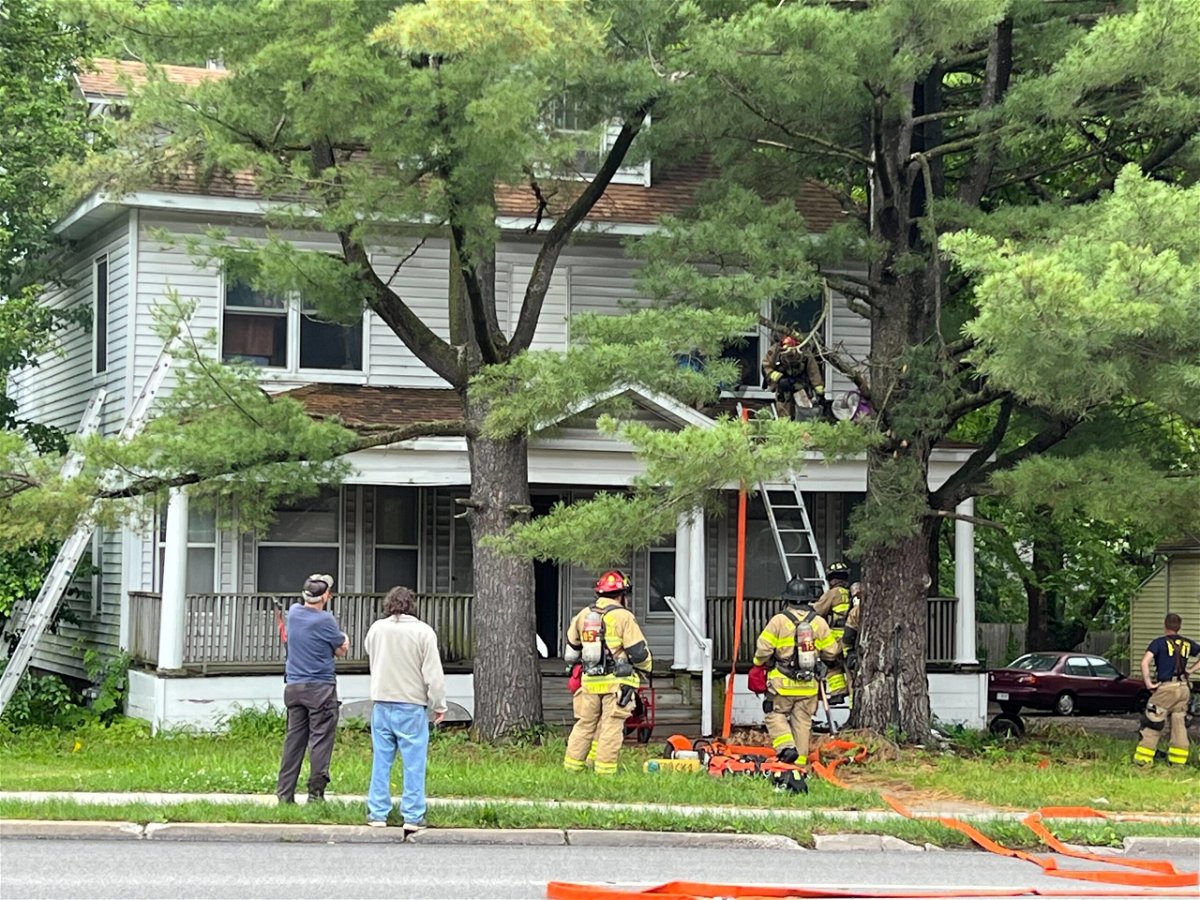 A fire department call to a house fire closed part of a main street near the North Village arts district.

Fire crews received reports of the blaze with people and animals possibly trapped inside.

Firefighters were dispatched shortly before 10:30 a.m. to 408 Ave. du Collège, near the intersection of the street with the chemin de Paris. Several fire engines were at the scene and firefighters could be seen gathered around a second story window.

The first fire crew arrived three minutes later and observed no external fires or smoke coming from the three-story building.

Firefighters said a fire on the second floor was brought under control quickly. However, emergency dispatchers sent out a public alert that the College’s northbound and center turn lane near Walnut Street was closed.

During search and rescue operations, crews encountered an adult and three children in the third floor apartment which had begun to fill with smoke from the fire below; firefighters evacuated the children and escorted the adult out of the building. They were uninjured and refused further emergency treatment.

Crews also rescued a big cat and a gecko from the apartment fire. They received care until they found their owner.

A fire marshal said the fire started in an animal heating pad in a bedroom and the cause was ruled accidental. Damage is estimated at $2,000.

Check back for updates on this developing story.