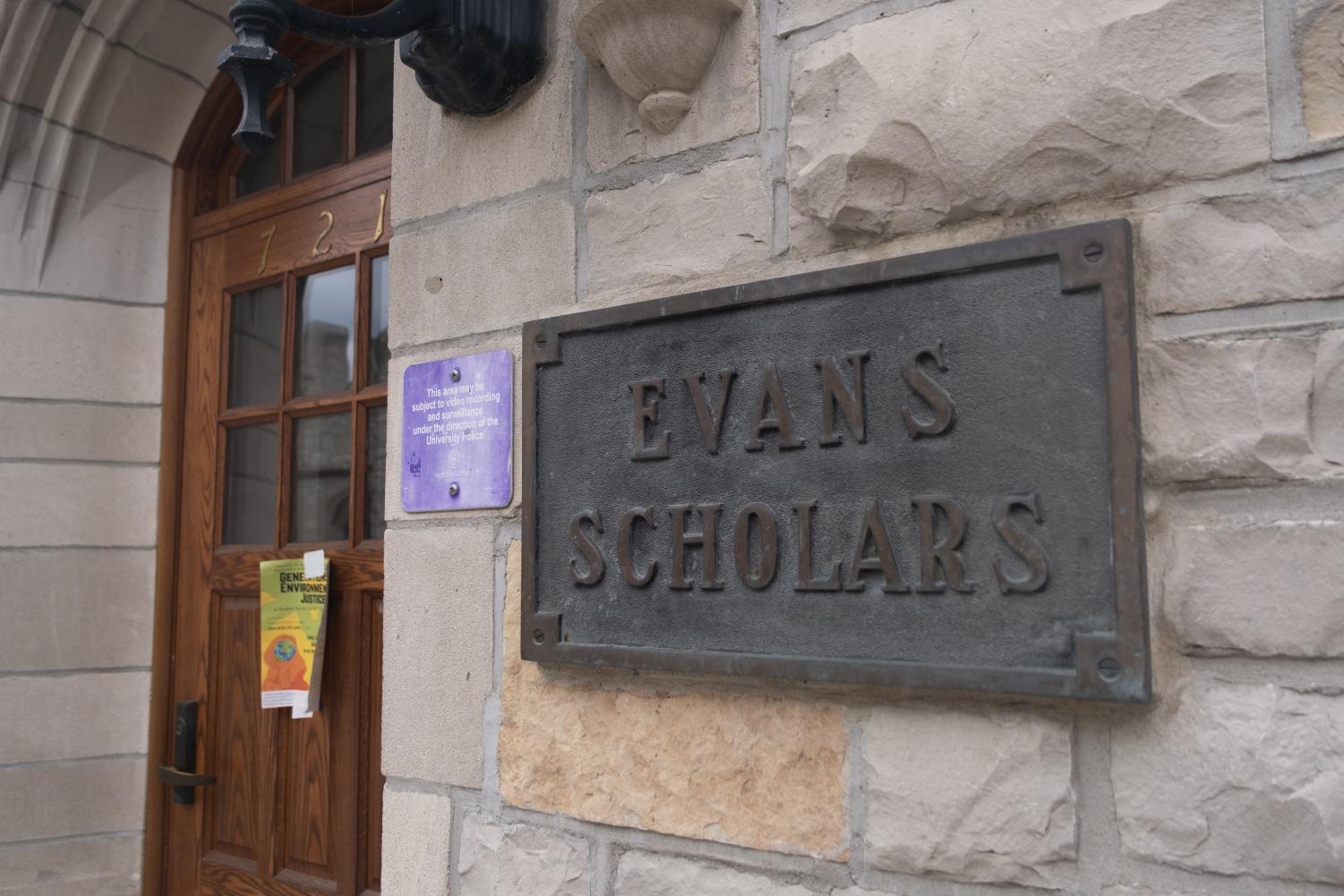 The North West Daily | The Evans Scholarship House: a unique residential experience in the North West

Nestled in the sorority quad, the Evans Scholarship House accommodates more than 40 students who must live on campus for the four years of their college life with one common experience: the golf caddy.

The Evans Scholarship is awarded annually by the Western Golf Association to high school and freshman students with caddy experience, academic achievement, leadership qualities, and financial need. NU is one of approximately 20 schools nationwide participating in the program, but was the first institution to award the scholarship in 1930, when amateur golfer Chick Evans (NU ‘1913) created the fund to send caddies to college.

Although women have been eligible for the scholarship since 1954, it was not until 2010 that they were allowed to move into the Evans Scholarship House. The building is affiliated with the Interfraternity Council – a relationship that dates back to the 1970s.

Weinberg Junior and Evans Scholar Britney Pham was part of the Chicago-based WGA Caddy Academy, which encourages women to join the male-dominated profession.

“The only reason I caddyed was to get a scholarship here,” Pham said. “I was basing my decisions on the Evans scholarship, so I was looking at other schools as well, but Northwestern was… one of my top (picks).”

Although Fellows are assigned class-wide orientation groups during their freshman year, their life experience is quite unique. Most freshmen live in dormitories with randomly selected students, while Evans Scholars freshmen move in with those they will spend the next four years with.

This makes the Evans Scholarship House community relatively isolated from the rest of campus, according to Olivia Evans, Medill senior and former president of Evans Scholars.

Although upper class students in the program encouraged her to make friends on campus, Evans said she spent most of her time with her roommates, which made it difficult to connect with others on the campus. campus.

This experience has also been exacerbated by the COVID-19 pandemic. As a result, new freshmen like this year’s Evans Scholars president, David Wells, had an entirely different experience.

Wells, now a sophomore at Weinberg, said COVID-19 has created an even more isolated environment for Evans Scholars, but he appreciates living with higher classes.

“Living with older people was very impactful and helpful because they had so much experience they could share,” Wells said. “Especially last year I enjoyed that. It was really nice to have during COVID.

Typically, the house hosts social events ranging from painting nights to ceremonies for scholars and their guests, according to Pham.

“In freshman year, I felt like I didn’t have a sense of community, but with Evans, there was,” she said. “There’s a circle of us who would like each other…my roommate is one of my closest friends here.”

Before the pandemic, Evans Scholars could buy a meal plan — unless it was covered by financial aid — or work for their meals doing cooking chores at sorority homes.

Students who work for their meals, like Evans, earn two meals a day during the week in addition to a paid salary.

“Sororities are generally associated with more upper class … and we benefit from low-income scholarships,” he said. “There were a lot of differences there that really stood out.”

For her, the idea of ​​befriending classmates she worked for seemed abnormal.

“There were times when I would do a shift and then go to class with people and do the dishes,” Evans said. “It was awkward for some reason.”

Since the start of the pandemic, Evans Fellows have been unable to work for meals due to COVID-19 restrictions.

While scholars received free meal plans in the 2020-21 school year, they have had the option to purchase a meal plan since the start of this year.

However, food options outside of the meal plan are relatively limited: the house has no kitchen, so only microwaved and ready-to-eat meals are viable. Still, Pham said she didn’t buy a meal plan because of the cost.

Since the early 1970s, the Evans Scholars chapter of NU has been part of IFC on campus. At the time, Wells said, Evans Scholars on campus were made up entirely of “much more fratty” men and joined IFC to feel more connected to NU.

Today, he says, their relationship to Greek life is virtually non-existent. The house is mixed and incoming scholars do not participate in a rushed process.

During FSL meetings, the Evans Fellows unsuccessfully attempted to create a council within FSL that would include only themselves and the music-interested Phi Mu Alpha Sinfonia fraternity.

The Evans Fellows have already been hit by actions beyond their control due to their connection to the IFC. When medications in campus fraternity houses in the fall of 2021 has resulted in a social ban on all chapter events, the Evans Scholarship House was punished.

Until recently, scholars had to pay IFC dues, Wells added. The Evans Scholarship House also attempted to separate itself from Greek life by leaving campus.

However, Wells said the lease for an off-campus home would have to fit into the WGA’s budget because the organization is already paying for its current building.

According to Wells, other Evans scholarship houses across the United States are not associated with their campus Greek scenes.

“It’s definitely a lot harder to work with Northwestern and FSL in general,” Wells said. “It’s kind of like you’re just stuck emailing people and waiting for responses and you can never really talk to people.”

Evans said disassociating himself from Greek life has been an ongoing goal since joining NU.

“I’m optimistic, but I also wouldn’t be surprised if it takes much longer than expected,” she said.

— The Daily explains: Who owns, manages and resides in Greek housing at Northwestern?

— On the Rock: The Evans Scholars

With five decades of proven restaurant success, Next Brands & Development prepares the legacy roast beef brand, Beef-A-Roo, for the franchise