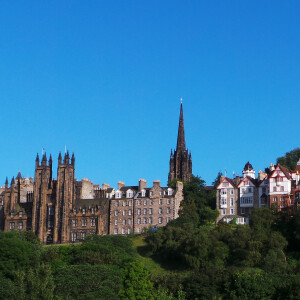 On the occupier side, overall tenant demand in Scotland fell to a net balance of -10% of respondents

Occupant and investor demand for commercial properties in Scotland has fallen further, according to the latest Royal Institution of Chartered Surveyors (RICS) Commercial Property Monitor.

The survey points to a weaker market, with the prospect of further interest rate hikes weighing heavily on the outlook for the year ahead.

On the occupier side, overall tenant demand in Scotland fell to a net balance of -10% of respondents, the lowest figure since the first quarter of 2021. There has been a downward trend in occupier demand for offices and retail (net balances of -5% and -46% respectively). However, tenant demand for industrial real estate increased in the third quarter, with a net balance of +25% of respondents reporting an increase.

Respondents’ net retail demand balance has now been negative for 26 consecutive quarters. Meanwhile, net industrial demand has been strongly positive since the mid-2020 quarters, when there was a covid-related decline.

In the investment market, a net balance of -28% of respondents in Scotland cited a drop in inquiries during the third quarter. This represents the weakest return for this measure since the third quarter of 2020. A decline was seen across all three sectors, with the industry turning slightly negative for the first time since the third quarter of 2020. And respondents said they saw a sharp drop in interest from foreign investors. The net balance of foreign investment applications was -35%, one of the biggest declines since the start of the series.

The outlook changed markedly in the third quarter for capital stocks. Projections for the value of office space in Scotland turned negative, with the net balance falling to -23% from +23% in the previous quarter. For retail, the already negative projections have been revised down further, with a net balance of -54% from Scottish contributors anticipating lower retail values ​​in the coming three months.

Alasdair Humphery of JLL in Edinburgh said: ‘World events, added to the rising cost of debt, rising dormitory rate and rising building costs are a soup of epic challenges, but all these and other factors do not apply in the same way in different sectors and sub-sectors of real estate, etc. for some, opportunities will arise but there will be a concerted flight to quality and green buildings.

Euan Ryan, Senior Public Affairs Officer, RICS, added: “The commercial property sector has a vital role to play in ensuring the economic and social success of local communities across Scotland. As the Scottish Government stated in its retail strategy earlier this year, a “strong, thriving and vibrant retail sector is essential to the vision of a wellbeing economy”. With new initiatives aimed at attracting foreign investment, reforming business rates to drive improvements, and ongoing work to decarbonize non-residential buildings, the sector can make a significant contribution to the just transition and creation agenda. places in Scotland, despite difficult economic conditions.

Tarrant Parsons, RICS Economist, commented: “Deteriorating conditions in the UK economy are having an increasingly noticeable influence on the UK commercial property market, with higher interest rates and the prospect of more to come, now clearly weighing on investor demand.

“The weakness in survey returns is particularly evident in the retail sector, as the cost of living crisis and falling consumer confidence weigh on household spending. Likewise, the office sector has also seen a further decline in demand, with the ongoing structural changes in work patterns brought about by the pandemic further exacerbating the broader cyclical downturn in the economy.

Triplexes are coming to your neighborhood, says the province