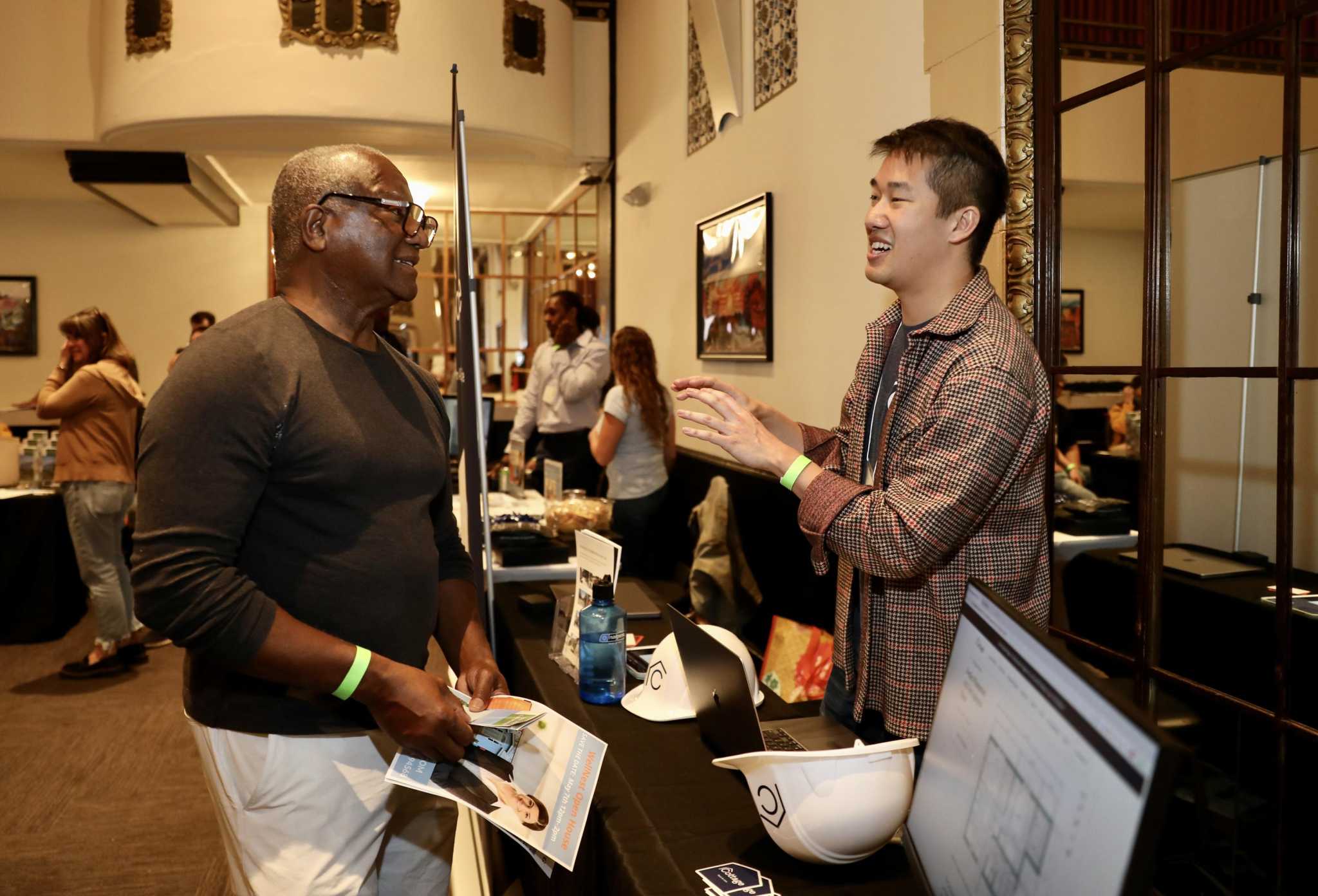 More than 150 homeowners looking to build secondary suites on their properties met with builders and lenders in downtown Oakland on Saturday, reflecting a seemingly growing interest in ADUs, which developers say could increase stock of housing in the Bay Area.

Some who attended the fair – organized by the non-profit organization Casita Coalition – were interested in building ADUs for their children or elderly parents. Others viewed them as a potential home to settle into in their eventual retirement, while adding a side income by renting them out in the meantime.

Also known as in-laws units or granny flats, ADUs are small dwellings with their own utilities and appliances built on the same lot of an existing home.

Russell Prince was looking for a way to provide his adult daughter with greater financial security when reviewing ADU floor plans with a builder.

Prince, 73, navigated a maze of ADU sellers and lenders inside California’s Oakland ballroom with one goal in mind: to increase the value of his 53-year-old daughter’s Oakland home. years and give him a potential source of stable income.

“I’m trying to find a way to put a unit in the back of her house because she has the land for it.” Prince, who buys and sells homes, said. An ADU, he added, “just adds value” to his home.

ADU supporters tout them as a way to help ease the immense pressures of the state’s housing crisis and provide low- and middle-income homeowners with supplemental income, by renting out additional units built on their houses.

Recent local and state legislation has removed some of the bureaucratic hurdles for owners wanting to build ADUs, but the typical 18-month ADU planning and construction process remains arduous for many, show organizers said.

And while building an ADU is cheaper than buying a home in the ultra-expensive Bay Area housing market, the price of construction also remains a barrier for middle- and low-income homeowners. ; it typically costs around $400,000 to build a detached ADU in the Bay Area, according to fair presentation.

Saturday’s fair organizers aimed to break down those barriers by connecting interested homeowners with ADU-approved builders and permit law experts. Georgia Richardson, a former associate broker at Berkshire Hathaway HomeServices, said homeowners building ADUs for the first time should “do their homework” and “actually see the work (ADU builders) do” before signing a contract. contract.

“A lot of this is new, and you have a lot of people coming into the market to take advantage of it – sometimes the quality of work might not be there,” Richardson said. She sees in-laws apartments as a way to keep low-income homeowners of color from being sold out of the area.

The demand for ADUs varies across California. In San Francisco, only 622 ADUs have been built since 2014, according to a recent analysis by Chronicle. In Los Angeles County, about 20 percent of all recent building permits are for ADUs, according to Denise Pinkston, chair of the Casita Coalition board of directors. In Oakland, attendance at Saturday’s fair served as visual evidence of ADU’s growing interest, Pinkston said.

“This volume of interest at the end of the pandemic just shows how many people want to learn how to do this,” she said.

Diana Mitchell-Chavez built an in-law unit on her property in Oakland’s affluent Rockridge neighborhood 12 years ago and wants more affordable housing in her neighborhood. She attended the fair on Saturday to share information with community advocates.

“We have all these buildings under construction here,” Mitchell-Chavez said, pointing to skyscrapers in downtown Oakland, “and yet no one with a middle or low income can afford to rent these locations.”

Carry out auto loans on a new vehicle with this specific time out of a phrase build monetary experience?