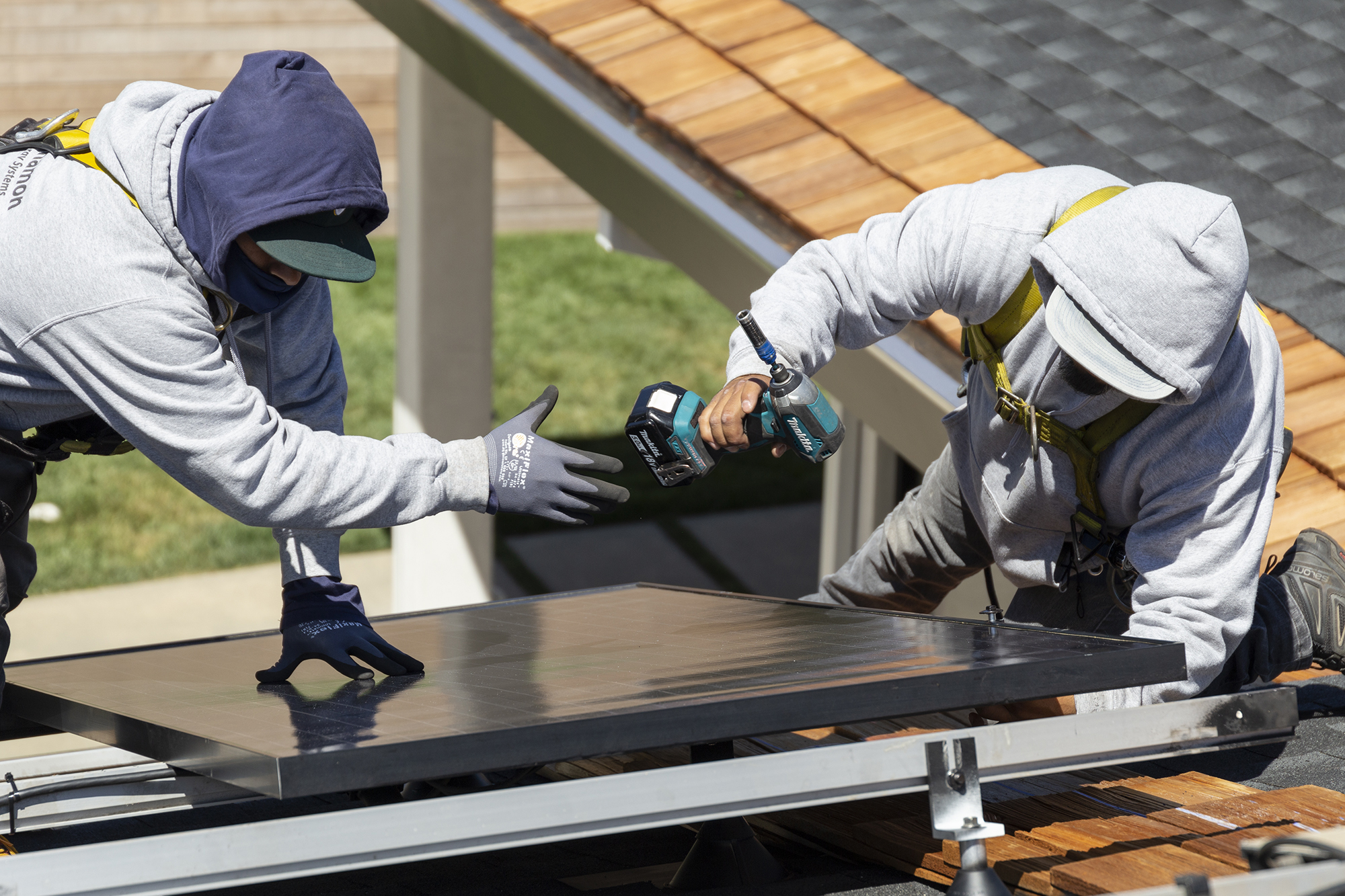 It’s been more than five years since Palo Alto city council adopted an ambitious goal of reducing its greenhouse gas emissions by 80% by 2030, and progress remains stubbornly slow.

Since April 2016, when the council adopted its objective, the City has taken several small actions in support of this objective: to modify the building code to require electrification in residential developments; implement improvements for bicycles to encourage alternatives to driving; and the installation of solar panels on the roof of a public garage; and take a formal stand against idling cars.

But much to the chagrin of local environmentalists, Palo Alto hasn’t launched any bold pilot programs to pursue its sustainability goals, which seem increasingly ambitious rather than realistic. In 2019, Palo Alto achieved emissions reductions of just 38% from the 1990 baseline, almost all of which was attributable to the council’s decision in 2013 to make the city’s electricity portfolio “carbon neutral.” “. The city’s current path to a more sustainable future remains murky at best. As part of the last plan, that the ad hoc committee of the action plan for sustainability and climate newly created by the city discussed earlier this month, city staff would go into scan mode next year, improving the city’s strategic plan and commissioning a California Environmental Quality Act (CEQA) scan for various sustainability programs it includes.

Palo Alto’s late progress and extended schedule has frustrated residents at the forefront of the city’s emissions reduction efforts. Dozens of people attended the first committee meeting and more than 40 people addressed the committee, made up of Deputy Mayor Pat Burt and council member Alison Cormack. Their message was clear: Palo Alto needs to move faster.

David Coale, who has long advocated more aggressive action on climate change, was one of many residents to suggest the city’s methodical approach is too slow. Coale called on the city to seek exemptions from CEQA for programs that reduce greenhouse gas emissions. He also urged city officials to embrace some of the pilot programs the city has been discussing for years, which include creating incentives – or requirements – to make it easier to switch from natural gas to clean electricity.

“You have to get out of the city mold to go slow, and you have to go fast,” Coale said. “It is high time for these arguments to take hold. I am quite disheartened because it has been so long and there has been so little action.”

A group of eight Gunn High students – some taking a break from class – zoomed into the virtual meeting to send a similar message. Saman de Silva, a member of Gunn’s Green Team, criticized the city for offering to wait another 16 months before adopting the city’s new plan to cut emissions.

“When things are going well, climate change doesn’t wait for red tape, and neither does this committee,” de Silva told the committee.

Resident Debbie Mytels urged the committee to immediately set goals for shutting down aging gas lines and creating a program for utility customers to electrify their homes through bill financing, a mechanism that would allow them to pay for the upgrade over time. Government action, she said, will be needed to spur collective action on climate change.

“For a decade now, the city has been running programs that educate and gently push the public into action, but we need to do more,” Mytels said. “We need to create programs that support and enforce collective action.”

The two members of the new committee agreed with the public that the city must be more aggressive on climate change. Burt and Cormack both supported the exploration of pilot programs that could be launched sooner rather than later, potentially through exemptions from CEQA. They also assured the public that, unlike popular conceptions of how committees work, the new sign is designed to speed up, rather than slow down, the city’s green efforts.

“I think the ad hoc is there to break the bottlenecks,” Cormack said. “This is what I see as a way for us to move faster, for us to work in partnership with staff, community members and experts.”

Reaching the 80×30 goal, according to a recent staff analysis, would require a series of dramatic actions, including the electrification of gas appliances in almost all single-family homes by 2030, and the widespread adoption of electric vehicles, which are expected. constitute at least 85% of local car purchases (compared to 30% currently). It may also involve the adoption of a carbon tax or other type of tax measure to finance new programs.

Burt acknowledged the challenge but suggested that even these actions might not be enough to deal with the new normal. Climate impacts, he said, are “no longer something in the future,” as evidenced by prolonged drought in California and increasingly intense wildfire seasons.

“Now the events of last year and even this month – and the recent IPCC report – have shown that this 80×30 goal is not the end. It’s a critical base, it’s going to be very difficult to achieve and yet we’ll have to go beyond that, ”Burt said.

The committee plans to start looking at specific programs at its September 9 meeting, which will focus on the electrification of residential buildings. Its next three meetings will focus on the electrification of commercial buildings, electric vehicles and mobility programs, respectively, according to the schedule presented by staff. Subsequent meetings will focus on topics such as forest fire protection, sea level rise, funding mechanisms for sustainability efforts, and low carbon building materials.

Residents of Throgs Neck are angry with 8-story buildings