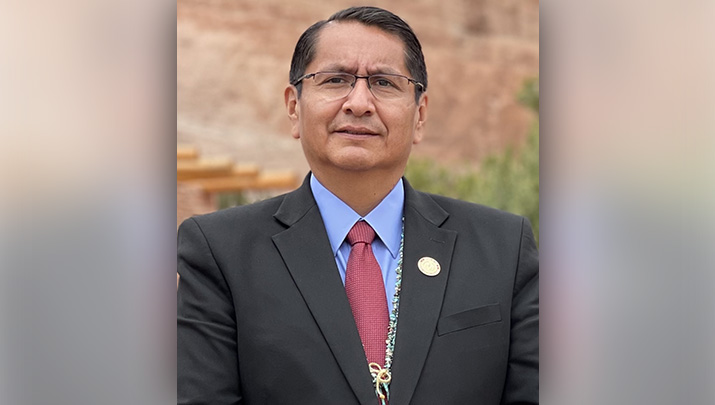 FLAGSTAFF — Two men vying for the presidency of the Navajo Nation announced their running mates on Monday, choosing candidates from the New Mexico portion of the reservation to broaden their appeal.

Navajo President Jonathan Nez chose Chad Abeyta, a 33-year-old political newcomer who is an Air Force veteran and works as a lawyer in the tribe’s legislative branch. Nez said Abeyta had strong family values ​​and a boot mentality, and pointed out that Abeyta returned to the reserve after finishing college.

“I am honored to join this team,” said Abeyta. “I bring to the table leadership skills, critical thinking, and plan to use creative solutions to solve many of these problems.”

Buu Nygren chose Richelle Montoya, the 45-year-old elected leader of the Torreon/Star Lake chapter and school board member whose husband is an Army veteran. Nygren cast Montoya as a wife and mother who will challenge the status quo and ensure the voices of ordinary Navajos are heard.

“I feel so humbled to be in the position I’m in, and I really hope it brings more young women into leadership roles in our community and government,” Montoya said.

No women have been elected president or vice president of the Navajo Nation, which has by far the largest landmass of any Native American tribe in the United States and is the second most populous. The 27,000 square mile reservation spans New Mexico, Arizona and Utah.

Nygren isn’t the first to choose a woman as her running mate. Former Navajo presidential candidate Chris Deschene selected Fannie Atcitty in 2014, but Deschene was disqualified from the race due to a language proficiency requirement that was later changed.

Nez and Nygren will face each other in the November general election. They were the top two voters among 15 presidential candidates, including seven women, in last week’s primary elections. The results are not official until they are certified by the tribe’s election committee, which is expected to meet in the coming days.

Nez and Nygren announced their running mates in the nonpartisan race past the sandstone structure that gives the tribal capital of Window Rock in Arizona its name.

Selecting a running mate from another region of the reserve is a strategic decision to balance a presidential ticket. Abeyta is from Alamo and Montoya is from Torreon – two communities on the New Mexico side of the reservation.

Nygren, who has a background in construction management, grew up near the Arizona-Utah border in the Navajo Nation. He was running for vice president in 2018.

Nez, who served as a tribal legislator and vice president of the tribe before being elected to his first term as president, is from Shonto, Arizona.