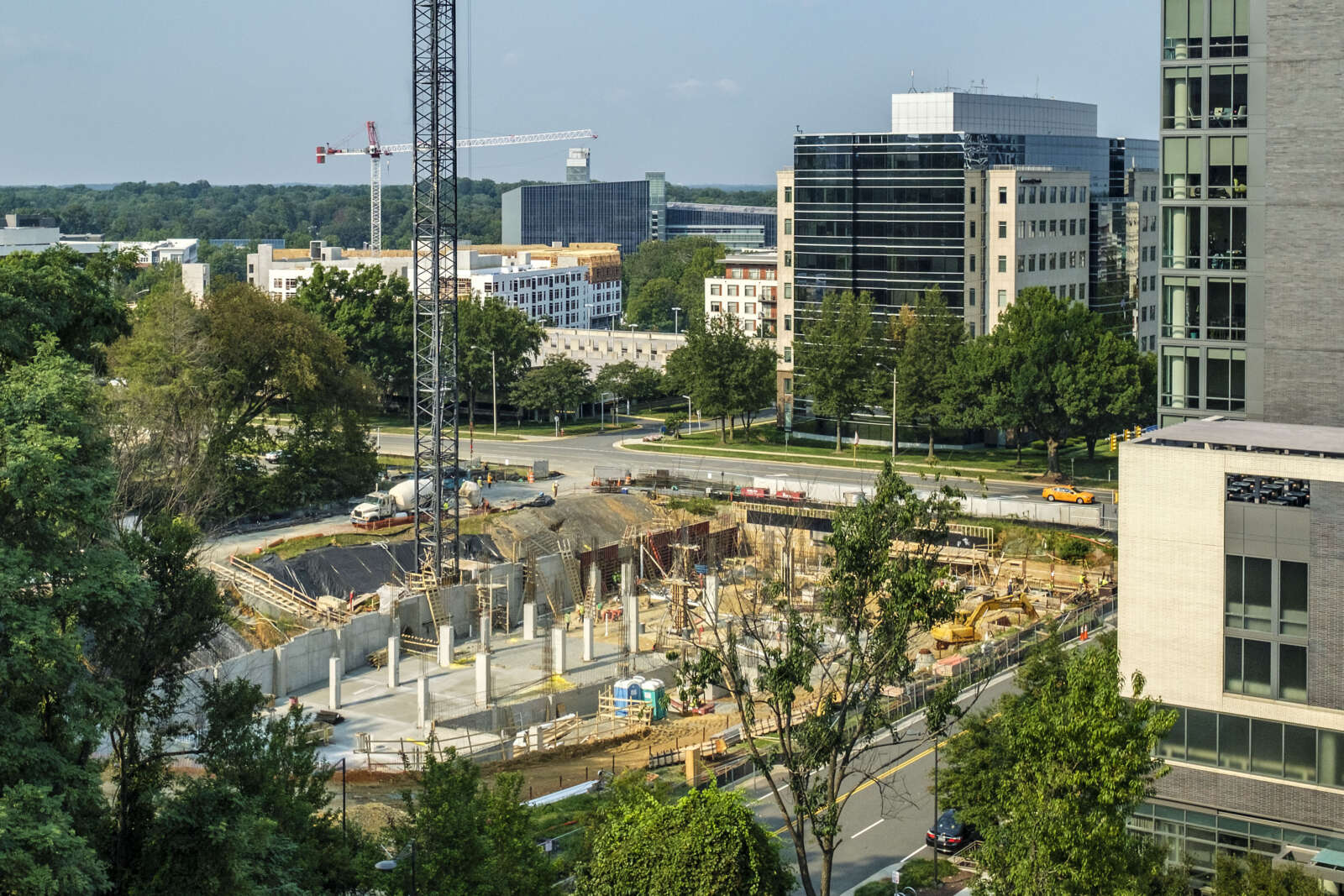 As a Tysons crane prepares to descend, another emerged across I-495 to fill the horizon.

Construction has moved above ground on The monarch, a luxury condominium tower under development in 7887 Jones Branch Drive northeast of Tysons Galleria, developer Renaissance Centro announced in a press release yesterday (Monday).

The monarch originally debuted in April 2019 and was slated to open at the end of 2020. However, departure of the project contractor blocked work on the building until last June, after Frost construction was chosen as the new general contractor.

With construction underway again, The Monarch says Hoar is on schedule to deliver the 20-story, 94-unit tower by mid-2023.

Despite the halt in construction, more than 30% of available condos have already been sold, according to the developer, who says purchase contracts for three of the units have exceeded $ 3.5 million each – record prices for Tysons Market.

According to the press release, amenities include a personalized concierge service, a visitor reception suite, a fitness center and a swimming pool:

Designed by WDG Architecture, the iconic Monarch Tower will only have two to seven residences per floor, some with direct elevator access. All units, except studios, will have floor-to-ceiling windows on two or three sides and expansive balconies or terraces.

Residents will enjoy a variety of indoor and outdoor shared spaces to relax, socialize and stay active. The lush landscaped garden terrace will feature an inviting swimming pool surrounded by lounge seating and grill stations. The patio will overlook a stand of mature trees, including a trail leading to Arbor Row Stream Valley Park.

An impressive residents’ lounge with comfortable seating will be located next to the garden terrace, with a fireplace, book corner, bar and catering kitchen. A state-of-the-art fitness center will be on the same floor and will feature top-of-the-line exercise equipment, a stretching area, spa-style locker rooms, and personalized fitness options. To top it off, the Monarch’s exclusive private dining room on the 20th floor offers breathtaking 180-degree views of the surrounding area.

The monarch is part of the set of six mixed-use plots Arbor Row development that will eventually occupy 19 acres along Westpark Drive.

The first part of the development was completed in 2015, when Fairfax County cut the ribbon on Arbor Row Stream Valley Park (8101 Jones Branch Drive) and two Jones Branch athletic fields. The new, a 27-storey residential building, was delivered in 2016.

The retirement home of 300 units The Mather is expected to open a first residential tower at 7929 Westpark Drive in 2023, followed by a second tower in 2024. The resort launched presales for the second tower in June.

In total, Arbor Row will have over 1,400 residential units and 35,000 square feet of retail space on the ground floor when completed.

Tenants spend 11 days without electricity in the Bas Alger building