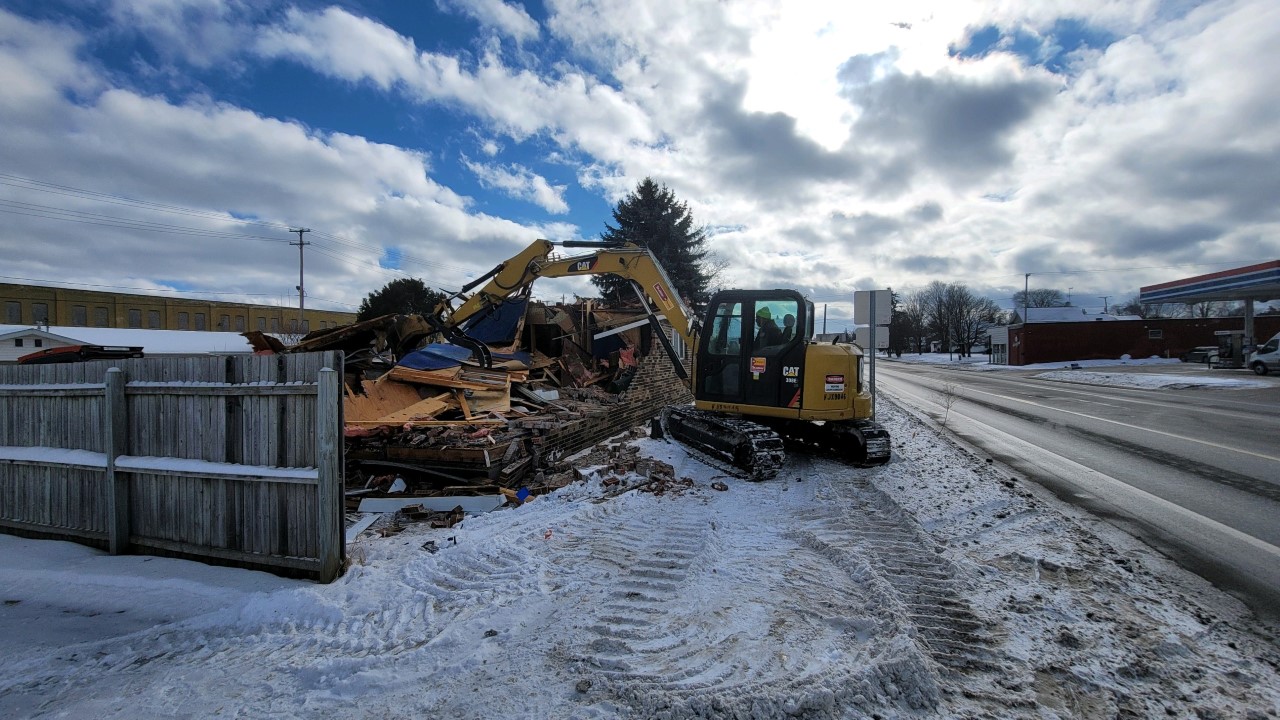 BIG RAPIDS — Curiosity took over Facebook this week when demolition began on buildings on North State Street in Big Rapids.

Many suggested that a new marijuana company was coming to town, and while there are several still in the works, this is not one.

Local RE/MAX Together realtor Joe McNally told the Pioneer that the property is a joint venture between him and his wife Karen, along with local investors and realtors Katie and Joe Lenau.

“We had the opportunity to purchase the property at what we felt was a very fair price,” McNally said. “Ultimately, we see good things happening on this side of town, and we wanted to tear down these buildings and set the stage for development.”

He said that from the start of the demolition there was speculation that it was another marijuana-related industry, but the answer to that is a “categorical no”.

“We don’t think it’s something we need more of,” he said. “Beyond that, I’m not going to rule anything out. Either way, it’s going to be something we really believe the city needs. »

Although there has been a recent focus on housing need, McNally said it would not be a likely location for something like this as it would require a rezoning.

Despite the property constituted of two older houses and a large garage, it has been zoned as commercial property.

“Right now everything is open as to what we’re going to do there,” McNally said. “We don’t have specific plans at the moment. This is a beautiful property and a very large property so there could be room for more than one project.

He added that he and the partners want to remain involved in any project that takes place on the property, so they are not looking to market it to a third party for development.

“Our goal is to retain ownership and be invested in whatever is done,” he said. “We are open to a partnership in the commercial development of the property. There are many brilliant ideas, but they must be economically feasible. It has to make sense and be a viable plan.