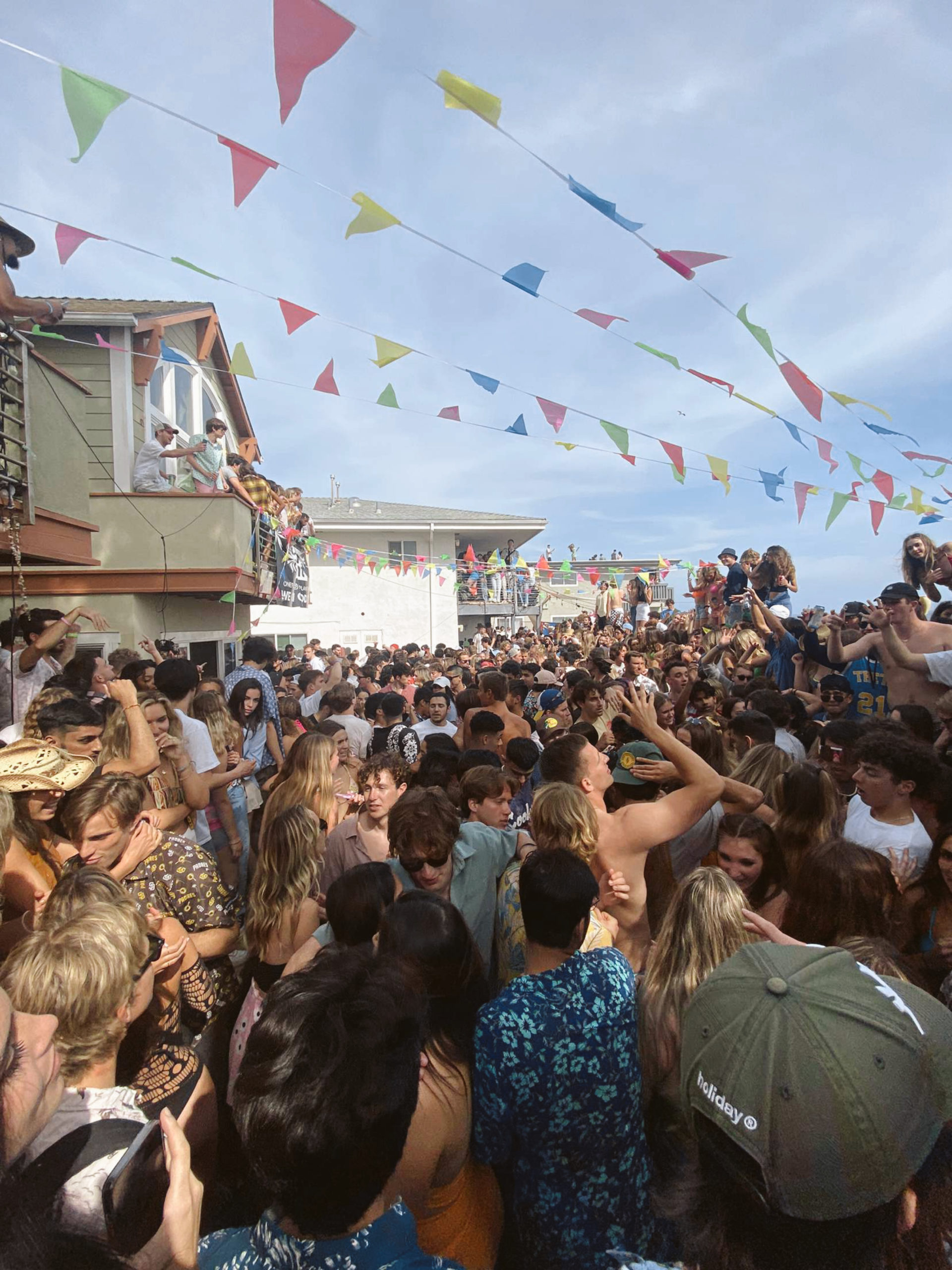 By Kathleen J. Larrison On Apr 15, 2022
Share
For the first time in two years, Isla Vista hosted its annual “Deltopia” event on April 2, which is an annual block party hosted by the University of California Santa Barbara fraternities and residents who live on Del Playa Drive. The daylong celebration begins early in the morning, when students party in the streets of Isla Vista. The event typically draws students from across the Central Coast, including some from Cal Poly. Sophomore philosophy student Addy Skeoch experienced Deltopia for the first time this year. “Everyone I saw there [was] extremely intoxicated to the point where people could barely speak or move,” Skeoch said. Based on her experience this year, Skeoch said she probably won’t return to Deltopia next year. “I met a group of girls and one of them grabbed my arm and said, ‘I’ve lost my friends, my phone is dead, can I stay with you if it’s do you like it?’ I hadn’t even met them before,” Skeoch said. According to the Santa Barbara News-Press, the Santa Barbara County Fire Department reported the event as a multiple casualty incident. Three people were hospitalized with serious physical trauma from falling from high surfaces. Other hospitalizations were related to drug and alcohol use. Sophomore construction management student Katie Chriss, who also attended this year’s Deltopia event, saw a person seriously injured. “All the parties were going on even though she was in the hospital and not doing well,” Chriss said. Similar to Skeoch, Chriss also says she may not be there next year after witnessing limited safety precautions from those around her. “I feel like it was kind of a unique thing for me,” Chriss said. “I feel like once was enough, especially with everything that happened, I don’t think my parents would let me come back.” Four people were arrested at the event and deputies issued 34 citations, including charges relating to minors in possession of controlled substances, drunkenness in public and obstructing an officer. The current status of those hospitalized following the event is not disclosed.