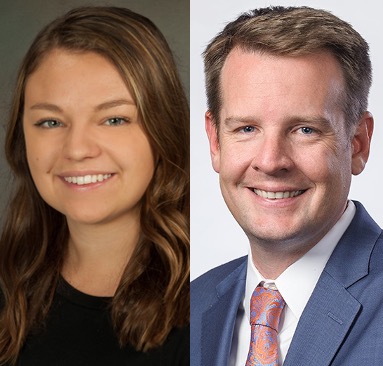 David Bratton joined the board of directors of Bay Diesel and generator. He is vice-president of the Western region.

Eric olsen joined the Draper Aden Associates as unmanned air services team leader. He had been with Viper Drones.

Devon O’Boyle is a senior project engineer. She graduated from Old Dominion University.

Ian pike is a traffic engineer. He graduated from NC State University.

Nick arnhold is a federal research specialist. He graduated from the University of Kansas.

Gerard H. Durkin was appointed budget manager of Chesterfield Countythe budget and management department. He had been acting budget director.

Tim wagner joined Promotion of traditional knowledge as sales manager at the head of the golf division. He had been with Birdwood Golf Course in Charlottesville.

Kelsey Hutchison is a marketing coordinator.

At Virginia Early Childhood Foundation: Robert wounded was elected chairman of the board. He’s at Liberty University. Richard Bynum was elected vice-president. It is part of the PNC Financial Services group.

Cary Wyatt was promoted to the position of community leader.

Kelly johnson is vice-president – operations. She graduated from the University of Virginia.

Lee newton was appointed to the board of directors of the Power Generation Systems of America. He’s with Bay Diesel and Generator.

Jordan smith is a project manager. He had been with Daniel & Co.

Marc Griffith and Jimmy king are superintendents. Griffith had worked for Dallan Construction. King had been with Howard Shockey and Sons.

Daniel Lysinger is a developer – IT.