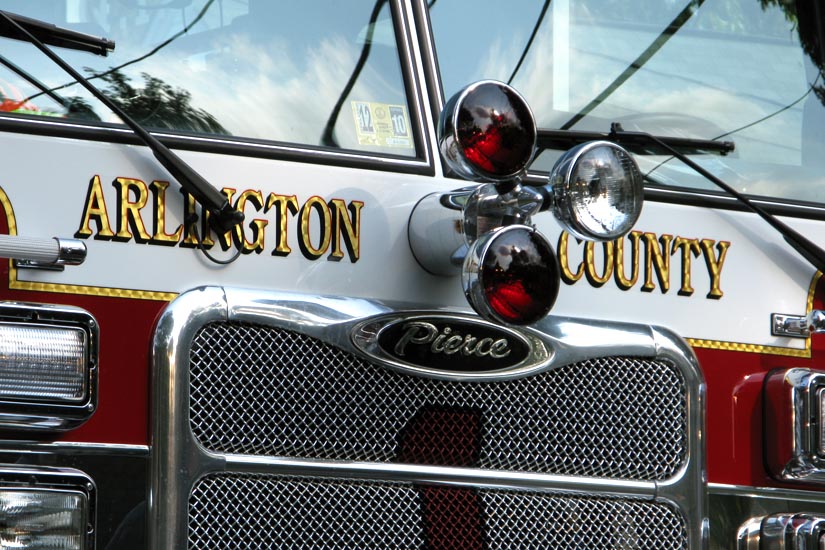 (Updated at 1:05 p.m.) Firefighters are investigating the source of the black smoke billowing from the parking lot of a Columbia Pike building.

Smoke was seen coming out of the garage entrance at the rear of the Pike 3400 building on the southwest corner of the busy intersection of Columbia Pike and S. Glebe Road. A major firefighter response was dispatched to the scene around 12:30 p.m., although the smoke has since largely subsided.

Initial reports suggest a boom was heard in the area and it appears an electrical transformer on the second level of the garage exploded and caught fire, before the flames were extinguished by a sprinkler system.

In the past, fires that destroyed electrical transformers in large buildings like this caused prolonged power outages for residents.

The westbound lanes of Columbia Pike are currently blocked by emergency activity between S. Monroe Street and S. Glebe Road.

“Look for alternate routes,” advised an alert from Arlington.