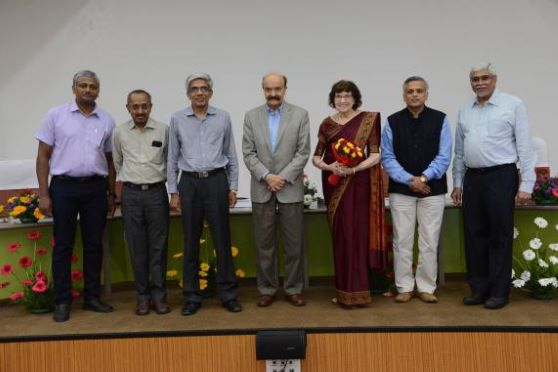 The main research areas of the chair will cover materials, structural design and technologies for construction and infrastructure.

The Indian Institute of Technology (IIT) in Madras has launched the â€œSurendra and Dorothie Shah Chairâ€ to encourage research in the field of civil engineering and enable sustainable construction.

The professorial chair is established with the support of Surendra P Shah, a global expert in engineering materials. Surendra Shah is currently Distinguished Presidential Professor at the University of Texas, while Dorothie Shah is the founding president of the Indo-American Museum, now known as the Indo-American National Museum, in Chicago.

The main areas of research that would be undertaken under the â€œSurendra and Dorothie Shah Chairâ€ include materials, structural design and technologies for construction and infrastructure.

Upon launching the initiative in December 2021, Surendra P Shah said: â€œThe decision to choose IIT Madras was an easy one. As it is well known, IIT Madras is one of the best institutions in India. My association with the institute has been quite long and fruitful. “

“One of the developments for which IIT Madras is known nationally is 3D printing with concrete, which is the result of the collaboration between professors of materials, automation and construction management,” he added.

As founding director of the NSF Science and Technology Center for Advanced Cement-Based Materials, Shah has led groundbreaking developments and a network of researchers spanning the globe.

K Ramamurthy, Department of Civil Engineering, IIT Madras, will be the first occupant of the Surendra and Dorothie Shah chair.

Bhaskar Ramamurthi, Director of IIT Madras, said: â€œK. Ramamurthy has been a mentor to countless students not only in Civil Engineering, but from all parts of the Institute. It is very fitting that he is the first occupant of this chair. We look forward to the continued association of Professor Surendra P. Shah and Ms. Dorothie Shah with IIT Madras. “

K Ramamurthy joined IIT Madras as a lecturer in March 1992. He was then promoted assistant professor in June 1994, associate professor in September 2000, then professor in January 2004. He was appointed chair professor of institute in April, 2020. He is also an alumnus of IIT Madras and obtained his Masters and PhD degrees from here.