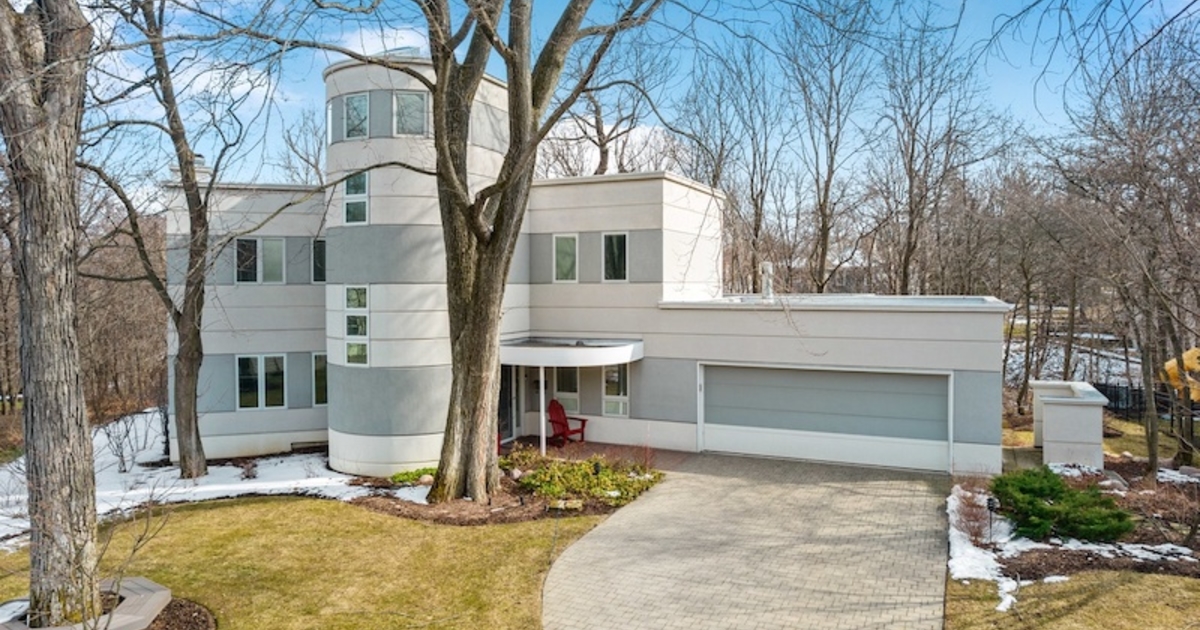 From the striped exterior with a tubular turret to the red metal handrail over the three-story spiral staircase and a rounded porch cantilevered over the ledge of a ravine, “it was totally original,” said Janet Borden, who represented the house. with fellow Compass agent Allison Silver.

The kitchen is almost entirely white, in the “European kitchen” style of the period, and a bay window combines triangular and circular geometry into a wedge shape, typical of the complex geometric shapes used in design at the time. Throughout the house, most of the walls and ceilings are crisp white, to best show off the primary color accents.

Built in 1987 for Ellen and Richard Levy, according to the Lake County Recorder of Deeds, the house was designed by Michael Pado, a student of Mies van Der Rohe. Pado’s own home, in a Mies building in Streeterville, came on the market recently for $949,000.

The buyers are not yet identified in public records and the agent representing them, Sara Brahm of Baird & Warner, did not respond to requests for comment.

The house is on about two-thirds of an acre, overlooking a ravine. Pado designed his footprint around three old trees at the site, Borden said.