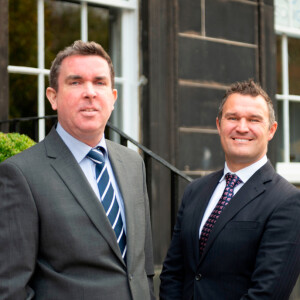 Mr. Dick has over two decades of experience in the real estate industry and joins Gilson Gray of DLA Piper, where his clientele included a range of high profile investors, developers, landlords and occupiers. He also spent six years working at Semple Fraser.

More recently, he has been involved in some of Scotland’s largest commercial property transactions, including the sale of Edinburgh’s Haymarket development site to M&G Real Estate; advising Artisan on its New Waverley mixed-use development in Edinburgh; and acting on the disposal of Glasgow’s St Enoch shopping centre.

Based in Edinburgh but acting for clients across Scotland, Mr Dick will work with Gilson Gray’s commercial property team on a range of investments, disposals, development and leases.

He said: “In a relatively short period of time, Gilson Gray has developed its reputation as one of Scotland’s leading law firms and I am delighted to join the team. The full-service approach sets itself apart from the competition, especially in commercial property, and it’s great to see clients supported by a wide range of specialists.

Murray Stewart, Partner and Head of Commercial Real Estate at Gilson Gray, added: “Stephen has extensive real estate experience and will be an invaluable addition to the team, further strengthening our real estate offering. We have ambitious development plans, with growth supported by our desire to attract the best talent. Despite the high profile challenges of the past two years, the Scottish commercial property market has remained resilient, and our growing team are well placed to advise clients on all property assets.

Biggest Hit for Queensland’s Small Residential Agency of the Year