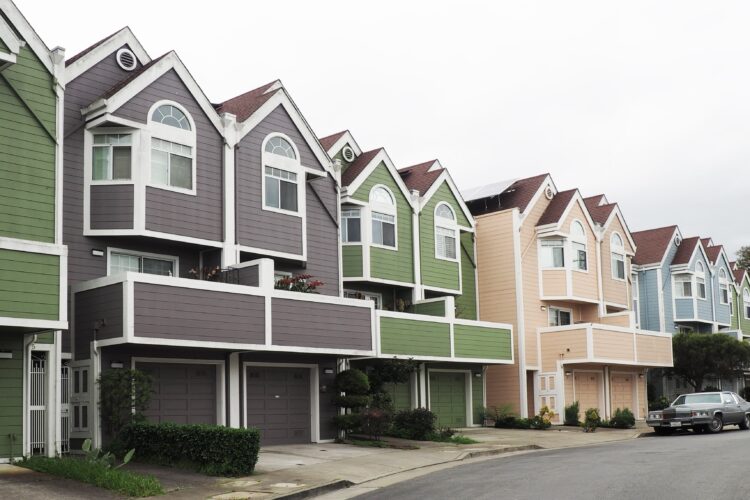 First step towards housing construction: restoring the right to build

For half a century, the Andrews family has owned just over 16 acres of land in Mentor, Ohio, just outside of Cleveland. Recent developments have transformed the neighborhood from a rural residential area into a vibrant mixed-use community with residential, office, commercial, industrial, medical and other uses.

A dilapidated old family home stood on Andrews’ plot, but the town agreed it should be demolished a few years ago. Given the vacant status of the land and the new character of the community, the Andrews family is keen to develop their property and add up to 40 new homes to their town.

However, their property’s zoning classification limits them to low density single family homes with half acre lots. This would only allow about 13 new units and would require them to leave nine full acres undeveloped.

So in 2019, the family requested that the property be dezoned to allow for up to 40 new homes, leaving five acres of open space. And they had good reason to believe their request would be approved. The city had approved an almost identical plan on a neighboring property just two years earlier. In fact, the city has not once refused this type of rezoning request since 2004, and its overall plan indicates a preference expressed for the type of zoning classification sought by the family.

But city council rejected the Andrews rezoning plan by four votes to three. This move resulted in a 60% loss in property value and would leave 27 homes less for Mentor’s families. The city has not explained why it refused their request while approving many almost identical developments in recent years.

Within 15 miles of the Andrews homestead is a historical marker commemorating the United States Supreme Court case, Euclid V. Ambler Realty Co., which gave communities broad power to promulgate local zoning and land use bylaws. Although this 1926 affair disturbing origins in the classroom and racial animosity, it is still in effect today and governs how far state and local governments can go to prevent landowners from building new homes for their communities.

Freddie Mac felt the country needs at least 3.8 million homes to meet current demands. Many of the units needed are single-family starter homes. Ohio is gone 60,000-80,000 homes, while California – with much more restrictive zoning and land use regulations – is absent 160,000 houses. Decades of academic research have shown how zoning and land use regulations can dramatically increase the price of housing both increase the cost of building houses and reduce the housing supply in construction.

Fighting for the right to build more housing without arbitrary and irrational government interference, the Andrews family sued the town of Mentor for violating the equal protection clause of the U.S. Constitution. But because the courts have yet to establish property rights as “fundamental” under the equal protection clause, the Andrews family has faced an uphill battle against the dreaded “rational basis” test.

This legal standard allows the government to win almost every time. As long as government action has all conceivable logic, even if it is not what the government had in mind when it acted, the government wins. This forces litigants to deny every conceivable and plausibly legitimate reason the government could theoretically have had for treating them any differently. It was therefore not a surprise when a federal district court of Ohio rejected out of hand the Andrews case: according to this court, the Andrews family had not “denied the potential explanations of the decision of the city â€‹â€‹â€to refuse their rezoning request.

After PLF took the matter into its own hands, the Sixth Circuit Court of Appeals overturned, allowing the Andrews’ claims to continue.

The Sixth Circuit observed that Mentor had not even attempted to assert a legitimate basis for the city’s denial. Although the actions of the government under the rational basis test are presumed to be legitimate, this does not mean that the government “can obtain a judgment in its favor without even identifying a single rational explanation for its disparate treatment of properties in the same situation” .

The court recognized the absurd trap in which the plaintiffs would find themselves under a contrary rule. After all, if the Andrews family were required to “concoct and disprove potentially valid reasoning for the town’s action,” the family would essentially be forced to provide the government with a legal theory to get away with it.

While this may seem obvious, and legal scholars have long lamented the injustice and absurdity inherent in federal rational foundations case law, few federal court decisions have done anything to alleviate this widely recognized injustice.

The PLF’s victory in this case represents a major step towards sound constitutional enforcement, which both defends property rights and enables landowners like the Andrews family to help close the gap in the urgent need for residential housing. United States.

This article is part two in a series on the California housing crisis.