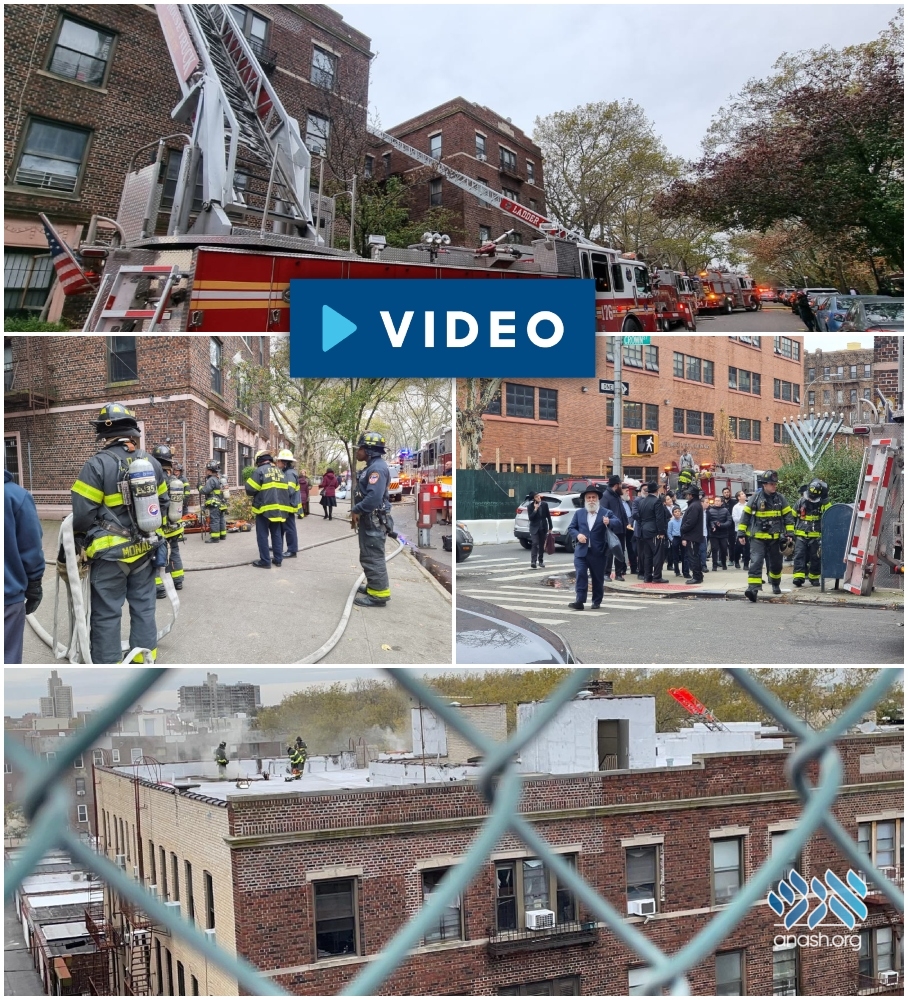 Firefighters battled a fire that broke out Tuesday afternoon at 556 Crown St., a building that houses Machon Chana and a number of shuls. No injuries were reported, but at least one shul was damaged.

Firefighters battled a fire that broke out Tuesday afternoon at 556 Crown St., a building that houses Machon Chana and a number of shuls.

The blaze was reported around 1:20 p.m. and fire engines rushed to the scene, shutting down Albany Ave. and Crown St.

Firefighters located a fire on the 4th floor of the building and later advised that the fire appeared to have spread from the basement and they were continuing to search and investigate.

According to preliminary reports received by Anash.org, the Benoni Shul, which is on the first floor of the building, sustained damage in the fire. Machon Chana’s kitchen also suffered damage.

Rabbi Lazer Avtzon, rov of shul Merkaz Sefarad, who also hosted in the building, told Anash.org that Merkaz Seferd suffered no damage in the fire. He said he transferred the Sifrei Torah from the Benoni Shul to Merkaz Sefard for safekeeping and the seforim were covered to protect against water damage.