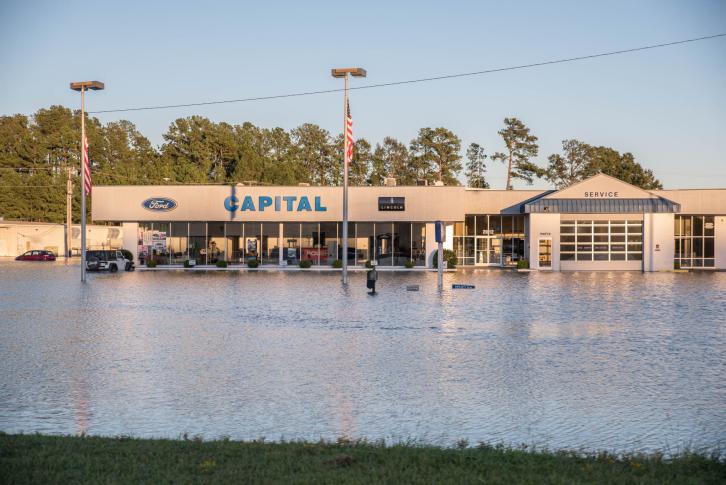 Much of the criticism from state lawmakers in recent years has been that North Carolina is too slow to get federal funds to help rebuild hurricane-damaged homes. This new audit instead calls out the state for a lack of documentation for the money it spent.

The U.S. Office of Inspector General’s audit said North Carolina could not guarantee that $2.5 million in federal funds had been spent on disaster relief.

In total, North Carolina received more than $236.5 million in federal funds after Hurricane Matthew in 2016, according to the audit.

The inspector general’s report said the state failed to follow proper guidelines when securing public contracts to distribute this money.

The federal government said much of the discrepancy in documentation appears to stem from the state’s misunderstanding of federal regulations.

Current director of the state’s Office for Recovery and Resilience, Laura Hogshead, said these issues took place before she was in office.

“That indicates you need an office to handle this,” Hogshead said. “That’s kind of the reason we were created. The state didn’t have people used to managing these funds, so there were a few missteps at the start.”

The US Inspector General has recommended that North Carolina provide documentation to support the destination of $2.5 million of its money. If the state cannot provide this documentation, it must return the funds to the federal government using state money.

Hogshead, however, said officials from the U.S. Department of Housing and Urban Development assured him that the paperwork would be resolved and the state would not have to return those funds to the federal government.

According to the federal audit, none of the three major NC contracts reviewed by the inspector had proper documentation.

The audit says the state failed to provide documentation that “reasonableness of costs was properly considered” and in one case, North Carolina failed to “perform a timely review.” appropriate” from the contractor to ensure that it was not on a list of organizations. excluded from receiving funds.

This contractor was in charge of construction management and received more than $16 million in federal funds.

According to the federal government’s database, the contractor was eligible to receive funds, but North Carolina had to follow federal guidelines to “[avoid] the risk of awarding a contract to ineligible suppliers.”

Once the federal government reviewed this contract, it determined that the contract price could not be justified. In fact, the state’s estimate shows that the construction management cost should have been only about $5 million.

The state claims, according to the audit, that the cost disparity is because it “underestimated the number of hours required under the contract, resulting in a low cost estimate.”

“Although the [state] the estimate was lower, there was a significant difference between the number of hours estimated by the state and the successful contractor,” according to the audit.

According to the inspector general, North Carolina officials “disagree” with his assessment of the construction contractor.