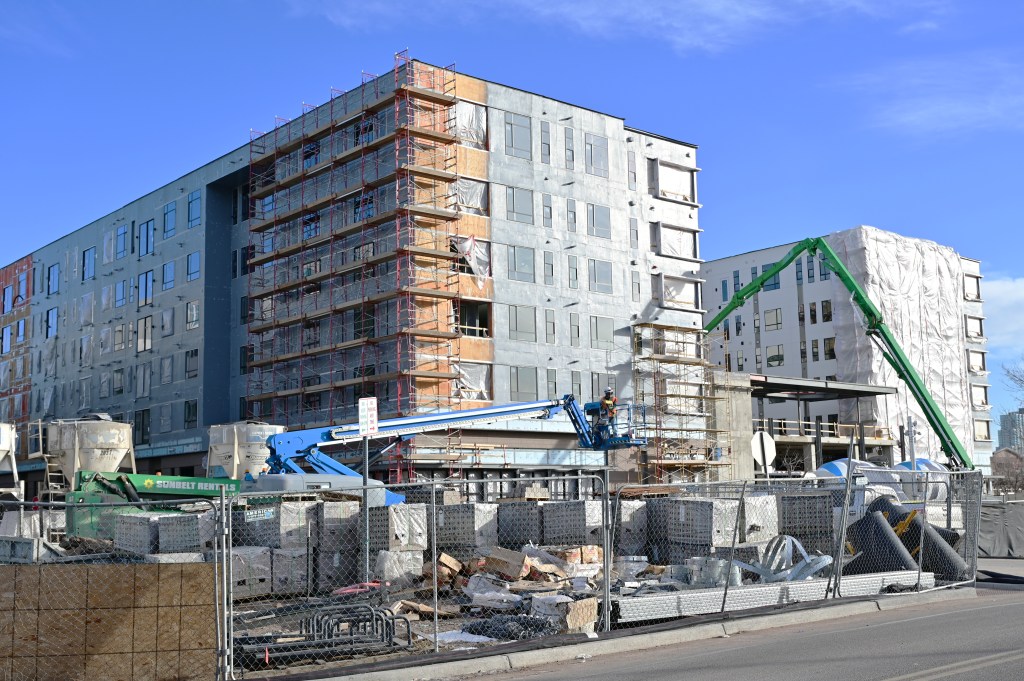 The Denver City Council feels the urgency to pass the city’s proposed affordable housing mandate by the end of June, but the policy will get a second hearing before the council’s land use committee next week as members are trying to iron out the multiple amendments that were tabled on Tuesday.

One of those amendments would expand where developers building additional affordable housing could earn the right to go without including on-site parking in their projects. The low availability of the parking exemption in the policy angered members of the city’s planning board earlier this month.

City officials advertised on June 30 as the deadline by which developers must have plans with the planning department to avoid being subject to the affordable housing changes underway since 2020. Projects underway by this date would then have a 14-18 month window to obtain final approval and avoid the new rules.

In order to meet this deadline, City Council would need to hold a public hearing and vote on the policy earlier in June. If approved, the city code changes would require any apartment or condo project with 10 or more units to dedicate between 8-15% of those units to low-income affordable housing or pay a substantial fee instead of this construct. July 1 would also mark the arrival of new, higher connection fees that would continue to rise as fixed rates each year until 2025. These connection fees would apply to almost all other types of new construction and would fuel the city’s affordable housing fund.

That tight schedule was strained on Tuesday when members of the council’s land use, transport and infrastructure committee decided to delay their vote on the policy and a related zoning change so they could tackle a handful of issues. possible amendments that were raised during their discussion.

“We have several council members who wish to propose several amendments.” Councilman Chris Herndon, chair of the committee, said Tuesday. “I would prefer that we work in committee in committee but I also recognize the timetable and the challenges…”

The rest of the committee agreed with Herdon, continuing their review of the policy and related zoning changes around 38th and Blake Railroad Station through Tuesday, April 26, when the group is scheduled to meet at again at 10 a.m. In order to stay on track with the June 30 timetable, the measure will now skip its hearing in a weekly mayor-council meeting, which the mayor’s staff suggested on Tuesday.

Councilwoman Amanda Sandoval drafts the amendment regarding parking incentives. As the policy is currently written, any condo or apartment project that builds affordable units as part of their project would be entitled to include 0.5. fewer parking spaces per affordable unit built. Developers who are building more affordable housing than the city needs and whose projects are less than a quarter mile from a train station might skip building a parking lot altogether.

Sandoval is looking to expand that exemption, but only in specific cases, “where the city has invested money in infrastructure for stops along high-capacity transit corridors,” she said Tuesday. at the Denver Post. “The distinction is not where RTD invests, but where the City and County of Denver invests…”

Examples of areas that could potentially meet these criteria include Colfax Avenue and Federal Boulevard, two thoroughfares where the city has considered creating bus rapid transit lines.

Opposition to Sandoval’s amendment was already simmering on Tuesday. Councilwoman Amanda Sawyer, who is not a voting member of the Land Use Committee, said residents in her east Denver district are concerned about parking availability if more projects are allowed without build it.

Councilor Candi CdeBaca raised a number of concerns about the impacts of the policy as written, including that it would concentrate affordable housing in parts of the city that are already vulnerable to economic displacement. The wealthiest parts of the city, apart from the so-called The reverse of underprivileged and majority minority neighborhoods along the northern and western city limits, would not see as much development because existing zoning rules do not allow dense development in many of these places.

“It’s a problem because we’re still driving the development of the city primarily to lower-class neighborhoods. We do not take into account the social costs of areas vulnerable to displacement,” CdeBaca said.

CdeBaca also took issue with Councilor Robin Kniech’s comments earlier in the meeting that the policy would create a “stable and modest supply” of affordable housing. Metro Denver recently turned out to be fifth least affordable housing market in the country in a survey conducted by real estate technology company OJO Labs.

“People in the community have been fighting for over a decade for the opportunity to make this change, to return these warrants,” CdeBaca said. “Modest is not the approach we should take…”

CdeBaca said it will file several amendments to the policy that address concerns it hears from community members. Contacted by email on Tuesday, CdeBaca staff said those amendments were not yet ready for public release. The councilor told the meeting that she would present her amendments before the hearing next week.