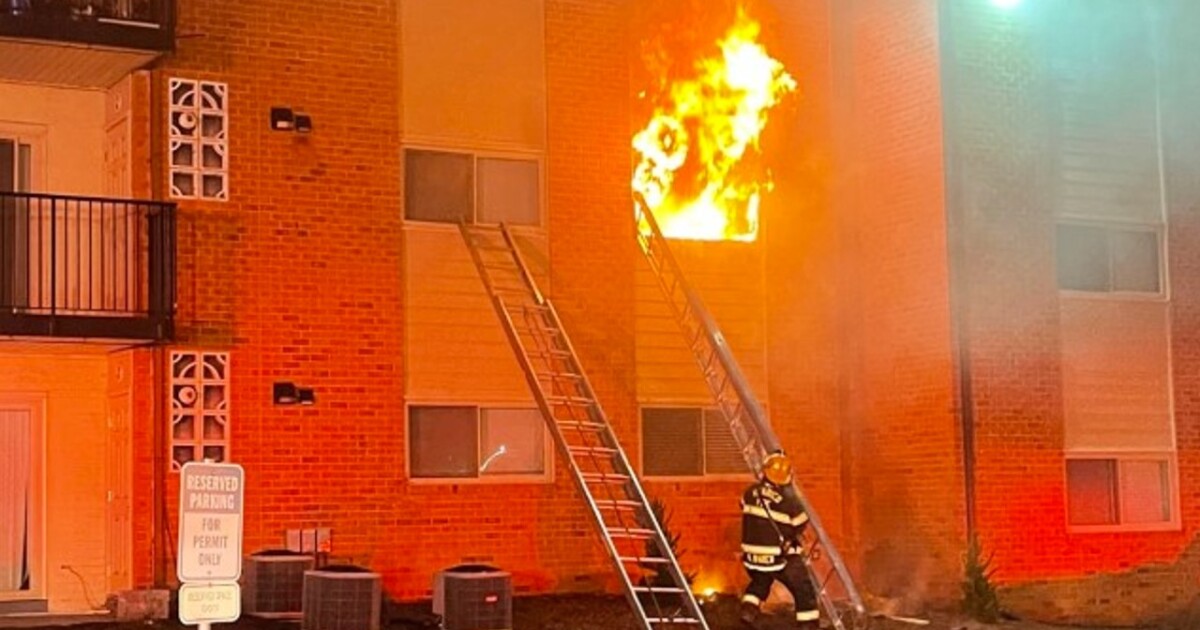 HENRICO COUNTY, Va. – Twelve people need to find new homes after a two-alarm fire ripped through an apartment building in the Lakeside neighborhood of Henrico on Saturday night.

Firefighters were called to the Creekside Manor Apartment complex at 1601 Lakeside Avenue for an apartment fire at 7 p.m.

“Firefighters began an immediate search of the building and confirmed that all occupants were released safely,” Rosenbaum said. “The fire spread to the third level apartment and the attic above.”

Six units were damaged in the fire. The 12 people displaced from those apartments are being helped by the American Red Cross, officials said.

Rosenbaum said no injuries were reported.

“Henrico Fire reminds everyone of the importance of having working smoke alarms in every home,” Rosenbaum said. “If you can’t escape from a structure, close the doors between you and the fire.”

This is a developing story, so anyone with more information can email [email protected] to send a tip.