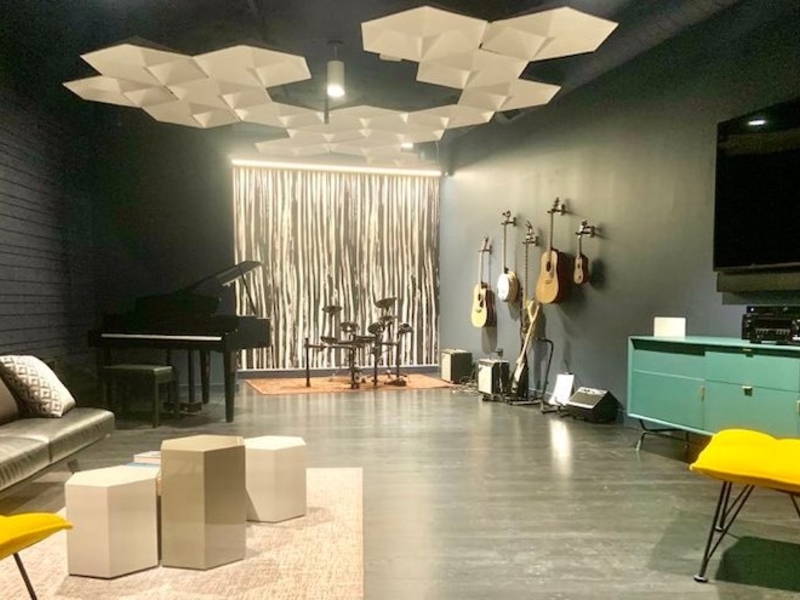 Weldon, who describes himself as “a musical challenge,” said he envisions residents falling out with each other, family and guests. The room, approximately 325 square feet, can also accommodate a few dozen fans during a mini-concert.

Hales knows how he’s going to use it. A few decades ago, he was playing in a band with two buddies who still live in Chicago. Once back in town, he said, “We’re putting the band back together,” echoing the announcement of a classic Chicago musician.

Among the tower’s other unusual amenities — which sits immediately west of Lake Shore Drive with sweeping views of Lake Michigan — is a glass-encased “veranda room,” a living room furnished with numerous live plants on the southwest side of the building, where it will be warmed by the winter sun.

There’s also a “splash pad” room, with fountains, changing lights, and a non-slip floor where kids can play. Think of the Crown Fountain water playground in Millennium Park, but usable all year round because it’s indoors.

Weldon declined to say how many units are being sold at Cirrus, where prices range from just under $500,000 to over $4 million. Deliveries there are expected to begin in March, he said. The Cascade Building opened in August and is 69% leased, he said.