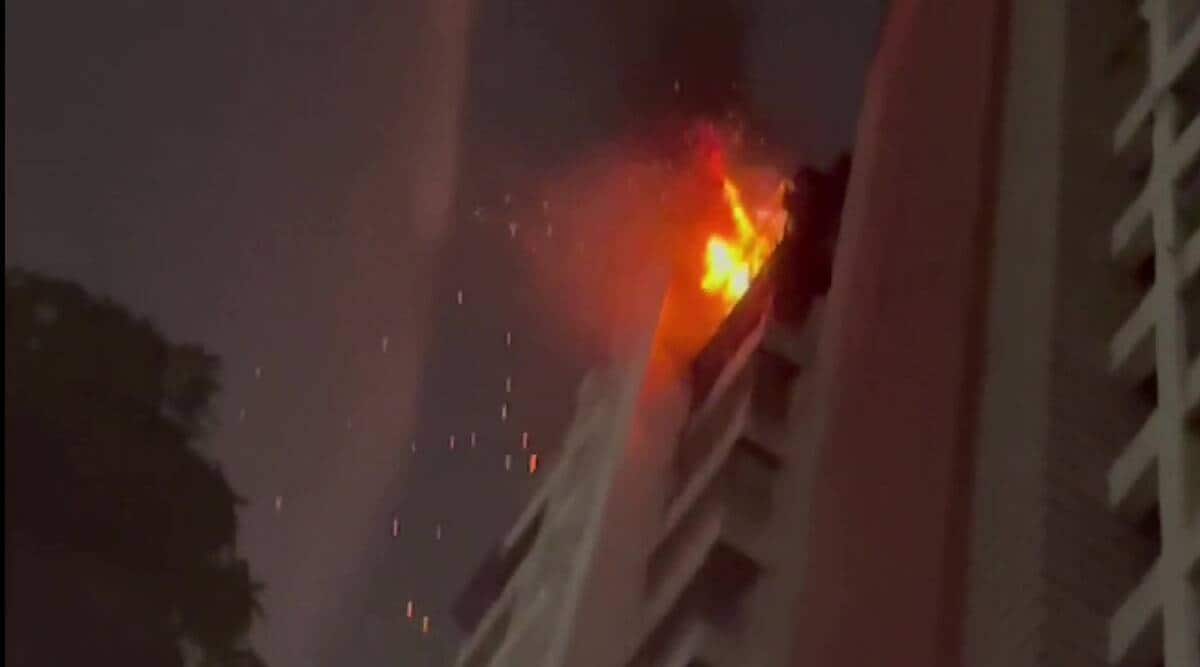 Bombay: two dead charred in the fire of a building in Kandivali

Two people were killed on Saturday after a fire broke out in an apartment in a 15-story residential building in the city’s Kandivali district.

The deceased suffered 100 percent burns during the incident where his identity could not be established, officials added.

Mumbai fire officials said the fire was reported in an apartment on the 14th floor of the Hansa Heritage building on Mathuradas Road in Kandivali (west) around 8:30 p.m.

Officials said it was a Level 1 fire and four fire trucks and three large tankers were dispatched to the site along with other equipment to extinguish the blaze.

Dr Ajay Gupta of Shatabdi Hospital said two victims were pronounced dead on arrival with 100% burns. The identity of the deceased was not yet clear due to the extent of the burns, Dr Gupta said.

Until the time of going to press, efforts were being made to extinguish the fire. Mayor Kishori Pednekar also arrived. The reason for the fire is not yet clear, a fire official said.

The incident comes two weeks after the death of a 30-year-old man while 16 others were rescued after a major fire broke out on the 19th floor of a 60-story luxury residential building on Currey Road in Mumbai , in the district of Lower Parel.

The late Arun Tiwari was working as a security guard in the building – One Avighna Park – and had climbed to the 19th floor to help residents get to safety when he found himself trapped in the blaze. In an unsuccessful attempt to escape, he fell to his death from the balcony of the apartment.

Tiwari’s desperate attempt to cling to the ledge and her horrific fall were captured on video, which circulated on social media.