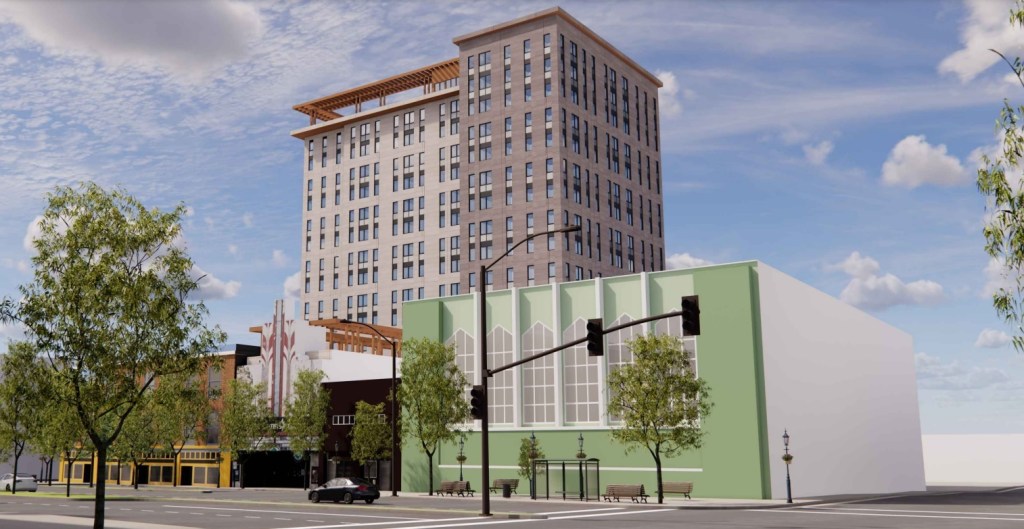 BERKELEY — A busy Bay Area developer has grabbed a prime site in Berkeley where a multi-screen movie complex sits — and where a new housing high-rise with hundreds of units has been proposed.

The San Francisco-based development company paid $7 million for ownership of the theater, according to county public records.

The property just purchased is located at 2274 Shattuck Ave. in downtown Berkeley, according to county documents.

The seller was an affiliate of United Artists, according to public records.

“The partial removal of the existing retail structure to allow construction of a new 17-story mixed-use development with 239 homes, ground floor lobbies, retail spaces and parking” is the vision of the proposed project, according to documents filed with the Berkeley Planning Department.

The existing movie theater facade would remain in place and the residential tower would push up behind the movie theater entrance area on Shattuck Avenue, a concept for the proposed development show.

It was not clear from the proposal what part of the existing cinema structure would be retained, beyond the front entrance area.

Commercial screenings of films, such as is currently the case at the Regal UA Cinema, would no longer be permitted on the site in the future, a restriction which was filed with the deed of purchase.

Part of the project would have a frontage on Bancroft Avenue at the corner of the cinema entrance from Shattuck Avenue, the plans sets filed with the town show.

It is estimated that 24 of the 239 units would be reserved for very low-income residents, according to the development proposal.

The average size of the 239 residential units would be 859 square feet, according to the proposal.

A cafe and entrance section, and potentially other retail, are offered on the Shattuck Avenue side where the cinema entrance is currently located.

People could also enter the apartment tower from the Bancroft Avenue side, according to the plan. A living room is planned on the ground floor of the project.