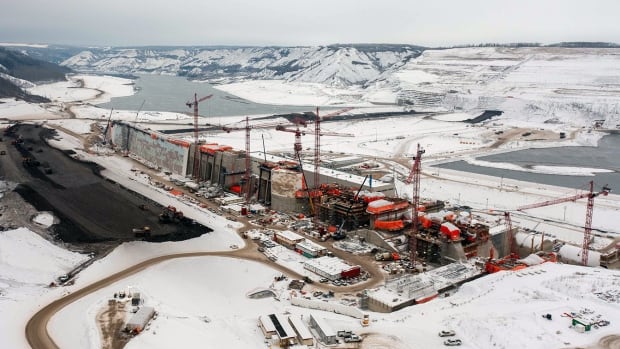 BC Hydro Strengthens Fraud Risk Management at Site C, But Is It Too Little Too Late?

It’s hard for the average person to know what to make of this week’s Auditor General’s report on how BC Hydro is managing, and not managing, the risk of fraud in the construction of the $16 billion Site C dam, largest and most expensive infrastructure. project in the history of the province.

On the one hand, auditor Michael Pickup said BC Hydro had elements of fraud risk management in place at the hydroelectric megaproject on the Peace River near Fort. St-Jean.

But with the project already three-quarters into the 11-year construction schedule, Pickup also said utility executives had failed to implement a comprehensive fraud risk management program, pointing to what can be seen as a lack of best practices.

According to the Global Infrastructure Anti-Corruption Center (GIACC), infrastructure projects around the world are magnets for shady business deals. And the bigger and more complex the project, the more difficult it becomes to detect corruption and fraud.

That’s why GIAAC co-founder Neill Stansbury says it’s important to have a highly visible fraud management program in place from day one.

“A lot of people and a lot of complexity can lead to bribery and fraud. And inevitably, that’s what happens,” Stansbury said, speaking in general terms from his office near London, UK.

“It’s quite obvious that you should have a high-profile controlled environment in place from the start.”

“In our experience, people don’t pay attention to big infrastructure projects and most countries pay very little attention to fraud. And as a result, money is hemorrhaging out of the system,” a- he declared.

The Site C audit refers to GIACC’s anti-fraud and anti-corruption work. Stansbury, a former construction lawyer, co-founded the organization in 2008 to help solve what he saw as an endemic problem costing millions of dollars.

“If no one is watching…”

To illustrate one type of construction fraud, Stansbury cites a hypothetical situation involving a contractor hired to dig two meters into the ground, replacing the dug material with gravel.

“It is this type of analysis: are [contractors] do the right job at the right depth and provide the right materials? Because as soon as you cover the excavation with backfill, or cover the structural steel with concrete, it’s very difficult to see what was there before.”

To be clear, Site C’s audit found no fraud. He wasn’t looking for it. According to the minister who oversees BC Hydro, taxpayers have no reason to worry about the megaproject.

“BC Hydro’s audit unit audited contract management [and] they audited payment systems, which are two of the specific areas that would need to be looked at. And no evidence of fraud was uncovered,” Energy Minister Bruce Ralston said.

“So I have a fairly high degree of confidence in these results and in BC Hydro’s ability to take the necessary precautions to prevent fraudulent activity on this particular project.”

CBC has requested an interview with BC Hydro President and CEO Chris O’Riley or Chief Financial Officer David Wong. Neither was available.

According to BC Hydro’s Director of Public Affairs, Greg Alexis, BC Hydro has defended itself against Site C fraud through its Employee Code of Conduct Policy, Anonymous Reporting Line and Internal Ethics Officer. . He also accepted the five recommendations made in the Auditor General’s report.

“We welcome their ideas to help formalize our office management program,” Alexis said.

An incident of fraud was detected at Site C in 2016, when it was discovered that an employee had demanded payment for work that had never been done, according to Alexis.