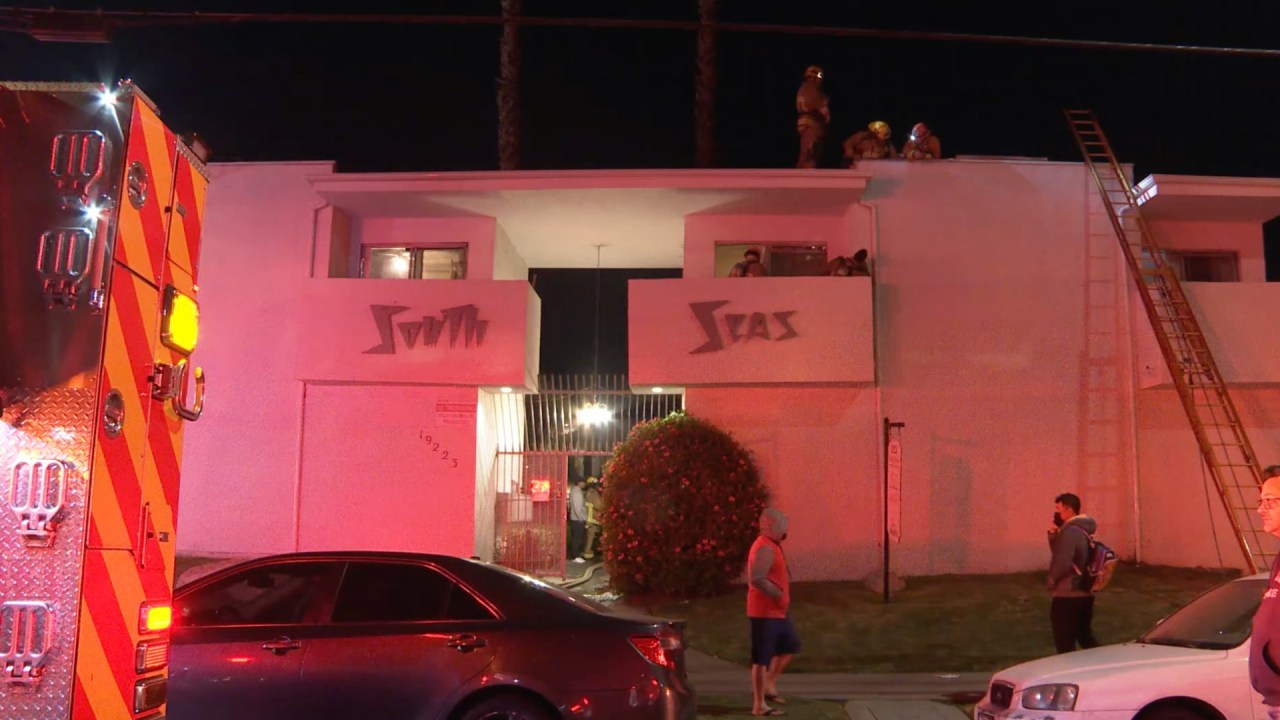 Firefighters responded to a well-known building in Reseda after a fire broke out in one of its units on Monday evening.

The fire was reported at the South Seas apartment complex in the 19200 block of Saticoy Street shortly before 11:30 p.m., according to the Los Angeles Fire Department.

More than two dozen firefighters helped contain the single-unit fire and extinguished the flames in about 13 minutes, according to the fire department.

Smoke damaged other units upstairs and four patients were treated at the scene.

At least two of those patients were transported to a local hospital in unknown condition, according to the fire department.

“Fortunately, everyone escaped the building as audible alarms could be heard from functioning smoke detectors warning occupants of danger,” the fire department said in a statement.

The South Seas was the filming location of Daniel Larusso’s apartment in the original ‘Karate Kid’ film. The building was also recently featured in the “Cobra Kai” series based on the popular 80s film.

The investigation is looking for the causes of the fire.