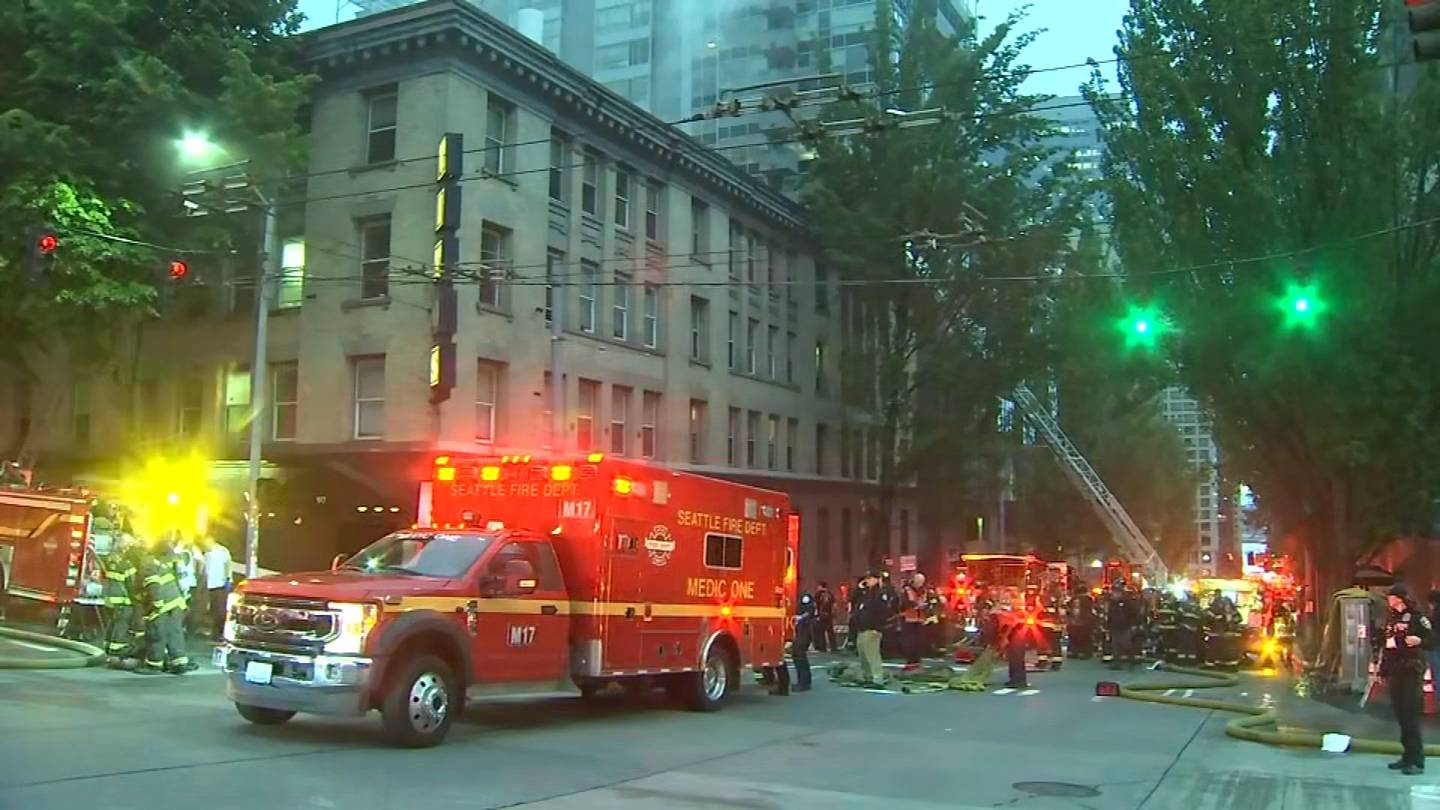 Eight people, including a mother and baby, were rescued Sunday from a burning building near Ninth Avenue and Madison Street.

Seattle Fire Department officials said crews were called to the building just before 8:30 p.m. The fire evolved into a three-alarm response as additional resources were needed to fight the flames and provide medical attention.

Firefighters said when they arrived at the scene, several people were screaming for help on the fourth floor. Seattle Fire Department spokesman David Cuerpo said they were unable to escape down the main hallway because of the smoke.

Firefighters encountered thick smoke, high heat and residents needed help getting out as they walked through the fourth floor hallway in search of the blaze.

Crews used a 35ft ladder to rescue a woman and her infant son from their fourth floor unit. They weren’t hurt.

Additional teams searched all apartments on the fourth floor, allowing more residents to be rescued as they could not get out on their own.

Cuerpo said three people were taken to Harborview Medical Center. A man and woman – both aged 60 – are in critical condition and an 81-year-old man is in serious condition.

Five firefighters were also assessed, two of whom were taken to Harborview Medical Center.

The crews also rescued an assistance dog, which was reunited with its handler.

A man who lives across the street said he saw people rushing out of the four-story building as the flames continued to mount.

“In this expensive neighborhood and it was a low-income unit. It’s one of the few that’s still left. And we often see people with walkers and wheelchairs. And that’s section 8, and unfortunately, it’s really sad. Where are these people going tonight? says neighbor Nicolas Volante. “I sent (a notice) to my friends in the area (to) keep everyone in prayer and see what we can do as a community.”

The fire also spread to a gap in the ceiling and burned through the roof.

According to Cuerpo, the entire third and fourth floors were deemed permanently unsafe for people to inhabit. Residents of 63 units have been relocated.

800 Block of Madison St: Incident upgraded to 2 alarms due to reports of multiple people to be rescued from a burning building. Smoke comes from the roof of the building. pic.twitter.com/TjFQ3xc5Ce

Block 800 of Madison St: 2 people saved from the fire. One is in critical condition. The rescued person in this photo is in stable condition. pic.twitter.com/8d1G5R1upk

Block 800 of Madison St: 8 patients were treated at the scene, 2 are in critical condition and 1 is in serious condition.