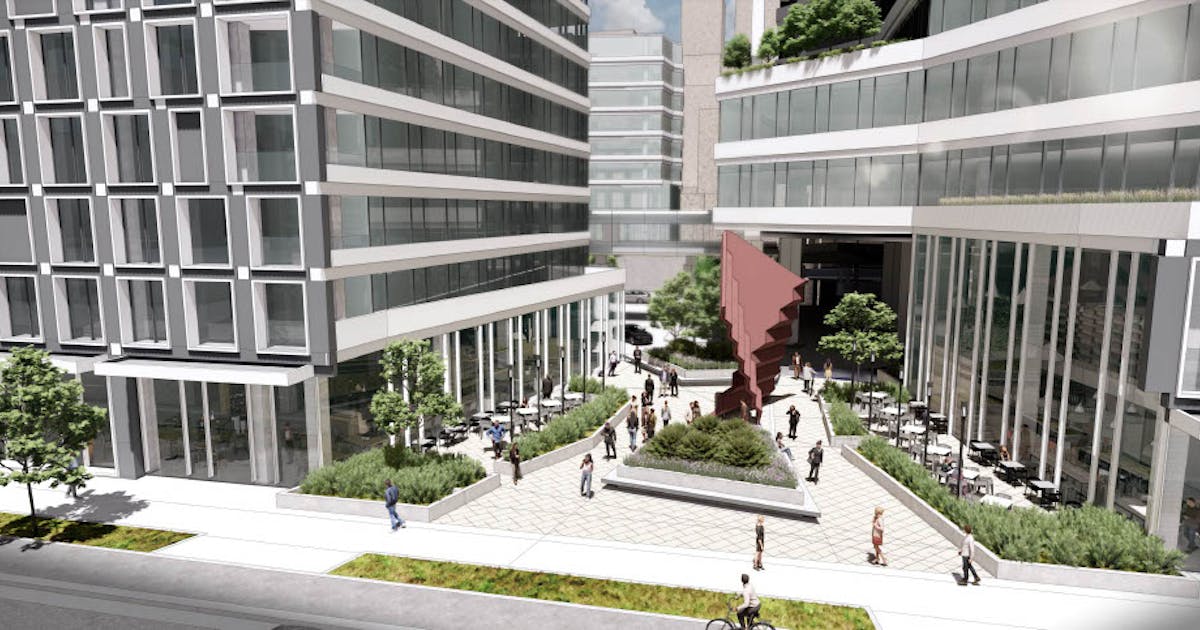 Sherman Associates, a Twin Cities developer, plans to demolish a vacant office building in downtown Minneapolis and replace it with three towers made up mostly of apartments.

The $400 million project, which is expected to be completed in 2026, aims to help solve two real estate problems in the metropolitan area: too many offices and not enough housing.

“We are very excited and optimistic about the direction Minneapolis is headed,” Sherman Chairman Chris Sherman said. “We believe downtown Minneapolis will have a whole new level of vibrancy and livability for the people who live, work and enjoy downtown.”

He plans to replace this building with a 10-story mixed-income mid-rise apartment building, a market-priced 20+ story apartment tower, and a 25+ story mixed-use tower that could be a hotel, accommodation and/or offices.

The proposal is the Minneapolis-based developer’s fifth and largest project currently underway in the city’s central business district, which has struggled to rebound from the loss of office workers during the pandemic.

The Wells Fargo Operations Center, which had three levels of underground space, will be demolished. Sherman plans to reuse the foundation walls to build underground parking for nearly 1,000 vehicles.

While many key aspects of the project are still preliminary and subject to community feedback and market forces over the next few months, there’s one thing that won’t change: its name.

A historical consultant helped uncover the block’s history over the past 160 years, leading Sherman to call the project “Harmonia”.

The name is a tribute to Harmonia Hall, a Victorian Gothic-style building that stood on part of the site from 1884 to 1962 and was used by the Harmonia Singing Society, an organization formed by the German community in Minneapolis, which hosted concerts, charity benefits and cultural events until 1899. The building, which later served as a theatre, business school and bank among other uses, was demolished in 1962.

The name is also a nod to its physical location in the Central Business District, but close to the Mill District and North Loop neighborhoods.

“For us, it really seemed to be about creating greater harmony for the city and connecting the areas and uses where people live, work and play,” Sherman said. “We want this block to really bring great energy and harmony to the city for generations to come.”

Sherman said Harmonia will likely include multi-family, retail and restaurant spaces, but it’s also possible to include more offices, condominiums or hotel rooms if there’s future demand for one. such space.

The project, which was designed by ESG Architecture & Design, also includes a “characteristic restaurant square” and a courtyard.

A few blocks from Washington Avenue, Sherman is redeveloping another full block, which includes a new fire station, a 22-story market-rate tower and a six-story low-income apartment building. floors.

A few blocks from the Northstar Center, Sherman is about to begin converting a 300,000 square foot office tower into 216 rentals. The company is also redeveloping what is called the JI Case Building, which will house its headquarters.

These projects come at a time of relative uncertainty for the downtown office market.

Although workers are returning to downtown, the office vacancy rate in the central business district is still at record highs. And it’s expected that as the company’s leases expire, the vacancy rate will increase even further.

Sherman said the goal of these projects is to remove unnecessary office space in the city. The conversion of the Northstar East building to housing and the demolition of the Wells Fargo building, Sherman said, will remove nearly 1 million square feet of excess and underutilized office space.

The 550,000-square-foot Wells Fargo operations center alone accounts for about 10% of vacant office space in the central business district, he said.

Housing demand has strengthened as the pandemic subsided. In the metropolitan area, rental housing is still scarce and, given the increase in mortgage rates, the demand for rental housing is expected to increase.

The average vacancy rate in downtown Minneapolis during the second quarter was 8% despite the addition of several hundred new apartments, according to Marquette Advisors. At the same time, tenants in the sector saw their rents increase by 5.8%.

Sherman said he expects to close construction financing within the next 12 to 18 months and hopes construction can be completed in early 2026.

“We’re going to have lots of conversations with the community, the city, with other developers and with potential users,” Sherman said. “Our goal is to have a very defined vision early next year so we can move full speed ahead on the design.”