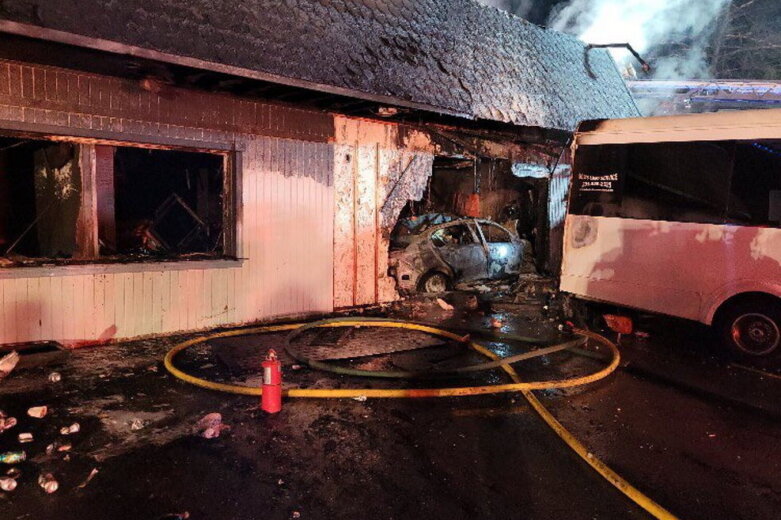 One person has died after an accident sparked a fire that ravaged several businesses in Damascus, Md., On Sunday night.

Montgomery County firefighters were called to a commercial building on the 9800 block of Main Street around 11 p.m. Sunday after a vehicle slammed into a storefront, igniting a fire that spread to surrounding businesses.

A second alarm was triggered to provide additional means of fighting the fire. About 80 firefighters responded to the scene, including units from Frederick and Carroll counties.

Sub-freezing temperatures made matters worse, Piringer said, with overnight lows in the mid-1920s causing freezing rain on surrounding roads from the water used for firefighting efforts. Salt and sand trucks were called in to help deal with the freezing conditions.

The fire caused more than $ 650,000 in damage. The identity of the driver involved was not made public Monday morning and the circumstances of the accident are still under investigation.

The OMCP Traffic Center reports that the Main Street and Ridge Road closures were lifted around 5 a.m. Monday. Several of the affected businesses remain closed.

Below is a map of the region:

Alejandro Alvarez of OMCP contributed to this report.

Get the latest news and daily headlines delivered to your inbox by signing up here.

Â© 2021 OMCP. All rights reserved. This website is not intended for users located in the European Economic Area.

The architects of the residence connect with university students